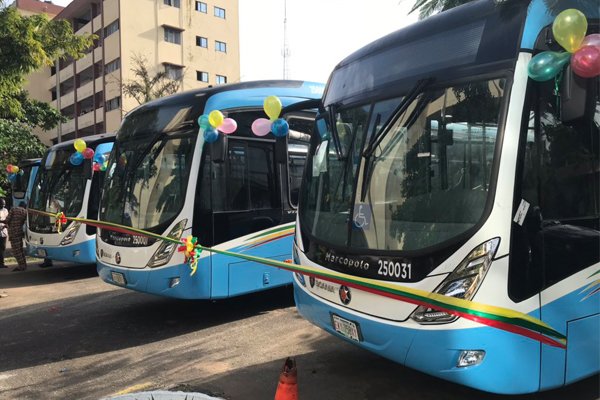 The two-week training holding at the Lagos Bus Service Limited Depot Office, Apapa-Oshodi, Expressway, Ilupeju, is also in line with the directive of the State Governor, Mr. Babajide Sanwo-Olu to ensure that the fleet of 35 new staff buses presented recently to the Lagos State Public Service staff are professionally handled and are in good condition at all times.

Speaking at the event, the Director, Training Department, Lagos State Drivers’ Institute, Mrs. Afusat Tiamiyu assured the drivers that the Institute and Lagos Bus Service Limited will expose the drivers to the workings and maintenance of the newly procured buses as well as the need to extend due courtesies while driving on the road.

She also encouraged the drivers to tap from the wealth of experience of the seasoned trainers who would deliver lectures on professional conduct, just as she craved for adequate cooperation between the drivers and the trainers.

Also, the Managing Director of Lagos Bus Service Limited, Mr. Idowu Oguntona appreciated participants at the training, saying that the training shows that the State government prioritises the welfare and safety of its workforce and that of other road users in the State.

He informed the drivers that the partnership between LASDRI and LSBL will further ensure a greater Lagos and should be complemented by all residents of the State including drivers.

Do you think this is a nice initiative?

From 2020, Toyota Cars Will Now Turn Themselves Off If You Forget