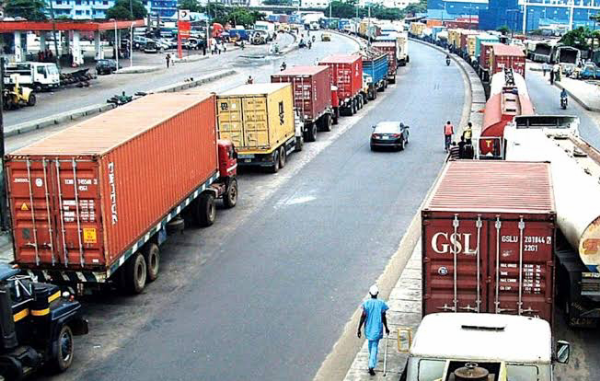 The Truck owners under the aegis of the United Truckers Advocacy Team decried the continued extortion along the port access roads. 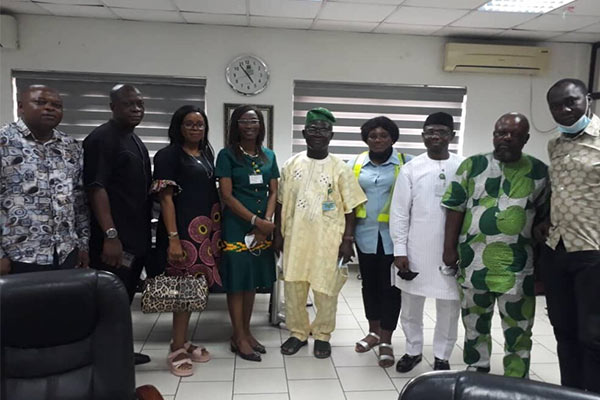 Lagos Truck owners, under the aegis of the United Truckers Advocacy Team, have decried the continued extortion by the police, officials of the Lagos State Traffic Management Authority (LASTMA), and other security agencies controlling traffic along the port access roads, just as they have vowed to put a stop to it.

To drive their point home, the group on Thursday embarked on a peaceful campaign against extortion with visits to various checkpoints mounted by security agencies along port access roads within the Lagos ports corridor.

Leader of the group and Chairman, Association of Maritime Truck Owners (AMATO) Chief Remi Ogungbemi, said the advocacy team was inaugurated following a series of complaints of extortion of truck drivers while accessing the ports.

Ogungbemi said it will no longer be business as usual as the group is working with support from the Nigerian Ports Authority and the Truck Transit Park (TTP) to checkmate the excesses of the traffic control managers by ensuring that it is only trucks that are authorized to enter the ports with valid Eto ticket that are on the road.

“We have sat down and seen that it is not enough for us to complain and that is why we have set up this advocacy team to let them (security agencies) know that we have been hearing about cases of extortion and it will no longer be business as usual. We are no longer comfortable with the extortion and we don’t want it to continue again.

“Our coming out is also to have a cordial working relationship with those that are designated to pass trucks on the roads. They told us their challenges as well of which we also promise that it is not only NPA that we are working with, we are also working with TTP on how the environment can be conducive, especially to ensure that it is only trucks that are authorized to go that are on the road.

At the checkpoint along SIFAX/ Ijora bridge, Chief Ogungbemi commended the traffic officials for ensuring sanity and orderliness on the road but frowned at the continued extortion by security operatives along the corridor.

He said, “We appreciate the role you are playing to ensure sanity and orderliness on our road. Looking around with the present situation we are now compared to how it was about five to seven months ago, we can all testify that we are making progress because we longer see long queues of trucks, all of that has disappeared. That is why I must appreciate you. However, the rate of extortion by security operatives along this corridor is still high. We are aware that there are cases, a driver may drop N500 and go back to its owner to say they collected N50,000 before they allowed me to pass but anything that has to do with extortion, we are not pleading but putting it to you that we want it to stop.

“This kind of job, you cannot be doing it without an allowance but if the allowance is not coming as at when due, we are in a position to tell the authorities that people you put under the sun and rain, how well are you taking care of them?

Head of the traffic control team at the SIFAX checkpoint, a superintendent of police, Fidelis Ihiezu, while expressing appreciation for the visit, however, denied the allegation of extortion by officials controlling traffic at the checkpoint adding that some truck drivers only fabricate false stories that they bribe security agencies to collect money from their bosses.

“Right from inception, we have been cautioned and warned about extortion and the rules and regulations guiding all agencies here kicked against corruption, except they are doing it on the other side but if they caught anybody, the person will go in for it. No agency here supports extortion, because they pay us allowances. More so we all have salaries. So, we are performing our duties here but if you want to appreciate us, there is no problem.

“Let the truck owners check their drivers, maybe because it has been happening in the past, they now use that to tell lies that they still collect money from them. There is another side that extortion comes in from the area boys because before you park any truck, waiting for the time to move, they collect N3000 per day from the drivers until they move,” he said.

Ihiezu assured that the security agents will improve on their efforts to checkmate the activities of the area boys extorting truck drivers within the area.

At the Lagos Port Complex, the port manager, Mrs. Olotu, assured the team that measures are being put in place by the NPA management to address cases of extortion, part of which, she said was a deployment of security officials that had stayed for a very long time on their beat.

She told the truckers that it is only when they comply with the terms of the e- call-up system that they will be bold enough to challenge any security agencies who try to extort them.