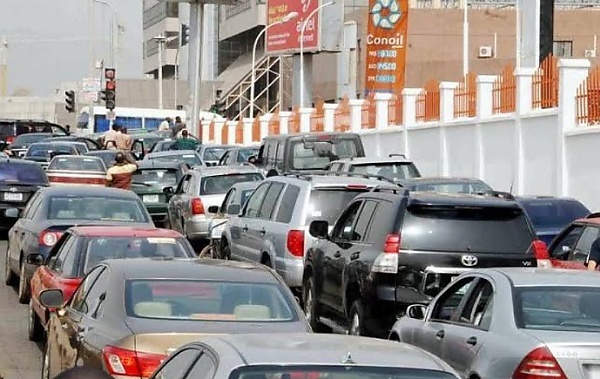 LASG warns motorists queuing up for fuel at filling stations not to hinder the movement of others.

It warned that traffic regulatory agencies had been directed to arrest anyone disrupting traffic around petrol stations.

Traffic regulatory agencies has also been directed to tow away any vehicle left on the road. 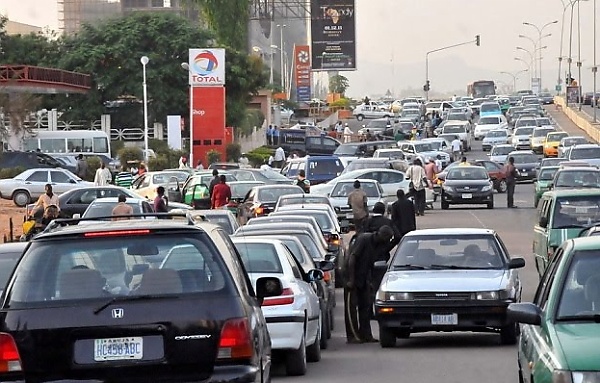 Amid fuel shortage, the Lagos State Government has warned motorists queuing up to buy fuel at filling stations to be orderly and not park to hinder the movement of others.

It warned that traffic regulatory agencies had been directed to apprehend anyone that disrupts traffic around petrol stations. It also said that any vehicle left on the road will be towed away.

A statement by the Commissioner for Transportation Dr. Frederic Oladeinde said :

“The government sympathises with motorists who are enduring the pains of the fuel shortage being experienced across the country. This, however, is no excuse to block roads and impede traffic flow”.

Oladeinde frowned at the disorderly behaviour of some drivers who queue up haphazardly and disrupt traffic flow around petrol stations. He urged petrol marketers to ensure that products are sold in an orderly manner that would not infringe on the rights of other road users to free movement.

The Commissioner warned residents that excuses of faulty and unserviceable condition of vehicles are not tenable. He advised motorists to always certify the status of their automobiles before putting them on the road.

“We want our roads to be free; we do not want fuel queues to constitute a burden for other road users in Lagos,” he said.

Oladeinde reiterated that efficient traffic management has remained crucial in the attainment of seamless multi-modal transportation in Lagos. He sought the cooperation of the motoring public to ensure that the efforts of the State government yield results.

HEADIES 2022 : Next Rated Winner Will Walk Home With 2022 Bentley Bentayga