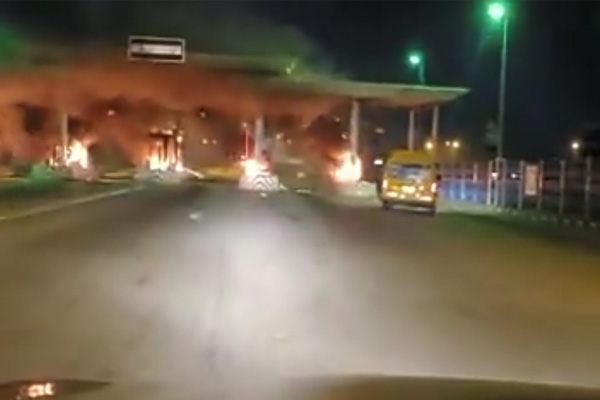 Lekki-Ikoyi Link Bridge toll gate has been set on fire. The inferno was reportedly set by hoodlums as #EndSARS protests degenerated in Lagos.

All the cubicles of the toll gate were burning, according to video clips made available online Tuesday night.

This followed the imposition of curfew and the drafting of the armed policemen and soldiers at the flash points of protests.

Watch the video of the burning bridge below as shared online.

Although the governor rescheduled the effective time for the curfew to 9pm, armed soldiers and policemen stormed the Lekki Toll Plaza, on Ozumba Mbadiwe, just after dawn. Lekki-Ikoyi Link Bridge Toll Gate

Protesters who gathered at the Lekki toll gate in Lagos have been reportedly shot at by the Nigerian army.

According to eyewitnesses, they shot at the protesters who were gathered there. The number of casualties is still uncertain. 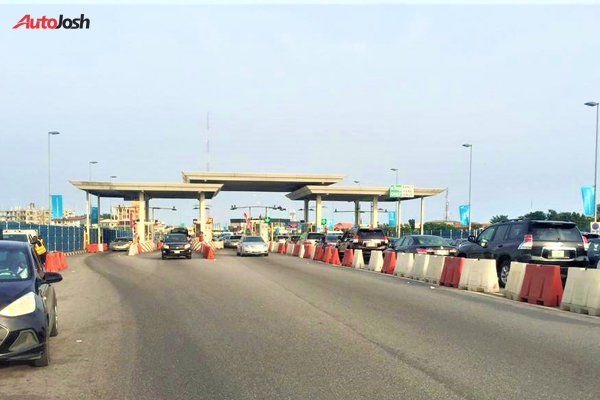 But as at 10pm, the protesters, who failed to leave the scene, when the shooting started, were hemmed in at both sides of the road, by the armed men, unable to leave.

Governor Sanwo-Olu has, meanwhile ordered a probe into the shooting.

The Lekki-Ikoyi Link Bridge connects the Phase 1 area, of Lekki with the Ikoyi axis of Lagos.

The then Governor of Lagos State, Babatunde Fashola commissioned the bridge on Democracy day (29th of May 2013) and the commemoration of his sixth year administration in Lagos.

The Bridge was officially opened to the public on June 1, 2013.