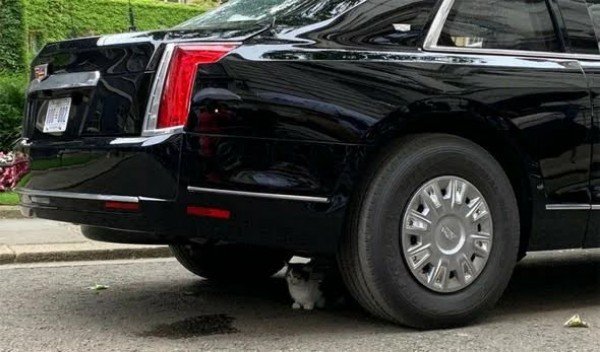 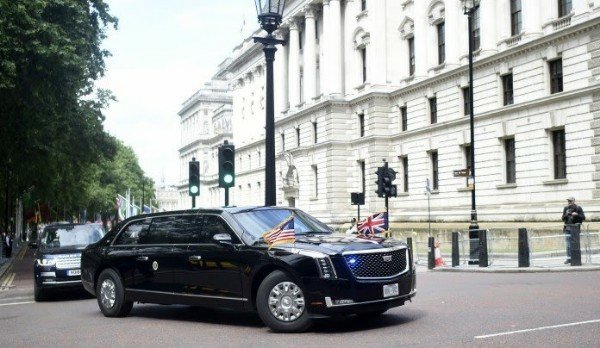 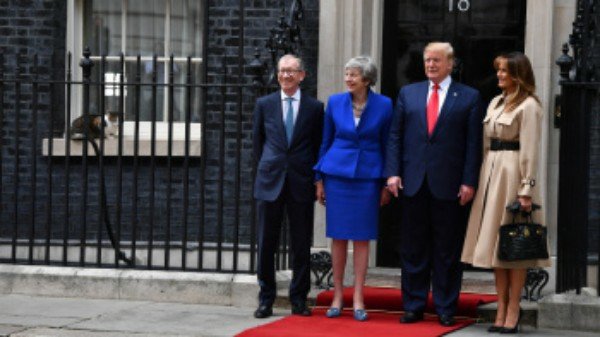 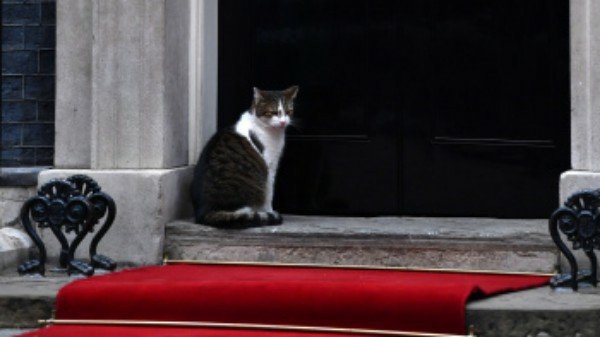 When Donald Trump visited UK Prime Minister Theresa May  yesterday , Larry, “the very” important cat that lives at Number 10, took a lie down underneath the US President’s car –––Meaning the $1.5m armoured high-tech Beast, that is kitted out with bullet-proof windows and puncture resistant tyres, couldn’t leave Downing Street. 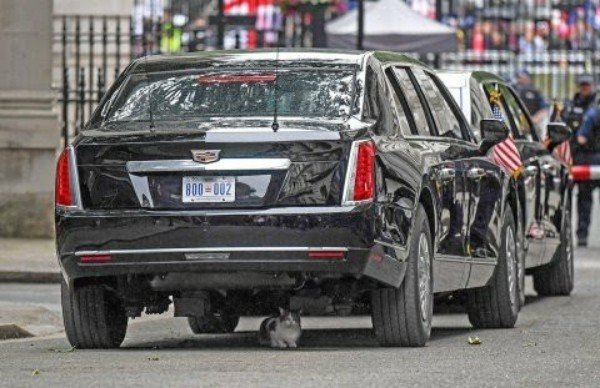 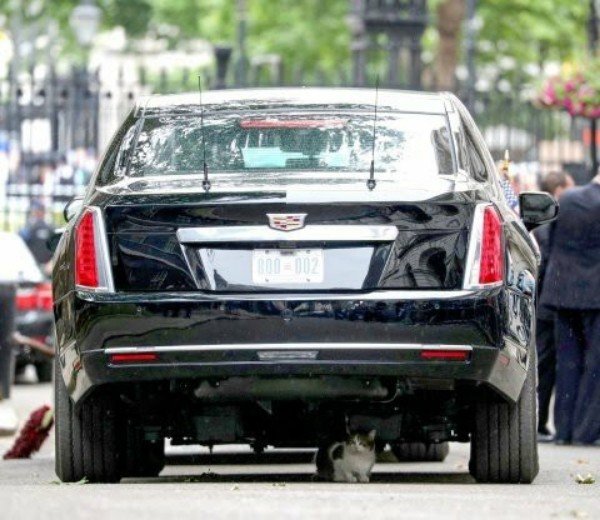 The cat, well known as Number 10’s official mouser, is 12-years-old and his antics have become well-known around Westminster.

He joined Number 10 under David Cameron‘s reign and has continued under Theresa May.

Little Old Cat Render “The Beast” Useless…What Do You Think?