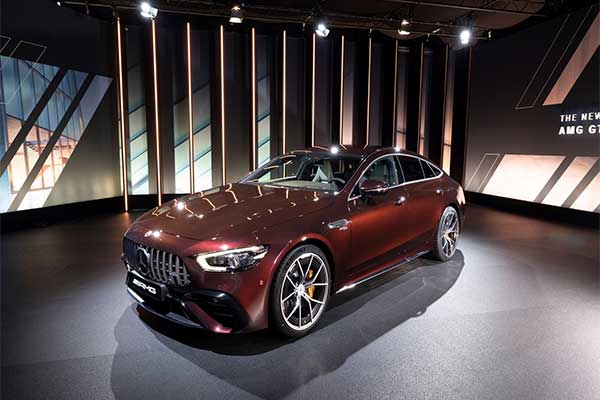 On Monday, the 2022 Mercedes-Benz AMG GT 53 4-Door Coupe was unveiled with a tweaked look, an updated suspension, more seats, and more customization options to better stand out at the golf club. In addition, Mercedes added a sharp new Manufaktur Exclusive Edition to the range and a handful of additional colour options.

The five-seater option includes the capability to fold the rear seats down to accommodate larger items when necessary. Elsewhere in the cabin, all North American models now get the AMG Drive Unit steering wheel buttons and a surround-view camera system equipped as standard. Further enhancing interior comfort is a retuned AMG Ride Control+ suspension for the V8 models. The most significant change to the latest four-door AMG is an upgrade to the available three-chamber air suspension. Two pressure limiting valves have been added to the outside of each damper. One valve controls the rebound while the other controls compression and each is continuously variable. AMG said the new valves provide a wider spread between ride comfort and performance damping forces.

AMG made no major mechanical modifications to the six-cylinder GTs. Called 43, the entry-level model is powered by a turbocharged, 3.0-litre straight-six rated at 362 horsepower and 369 pound-feet of torque. Named 53, the next version up gains an evolution of the six with 429 horsepower and 384 pound-feet of torque on tap. Both engines spin the four wheels via a nine-speed automatic transmission and AMG’s performance-tuned 4Matic all-wheel-drive system. Mild hybrid technology helps keep fuel economy in check and makes both GTs a little pepper. The V-8-powered 63 and 63 S models, along with the plug-in hybrid 73e model, haven’t been detailed yet. 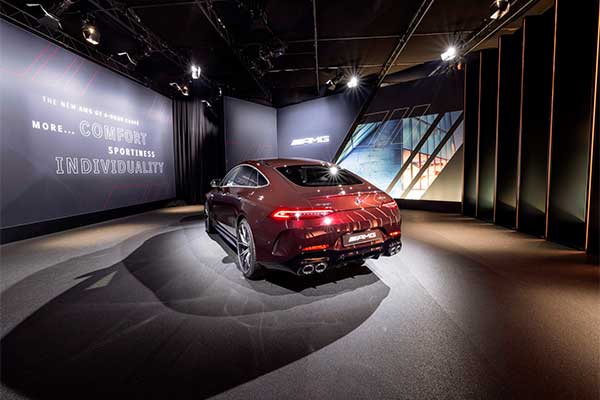 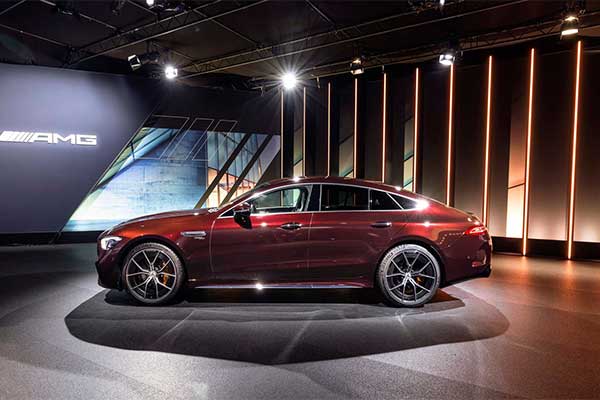 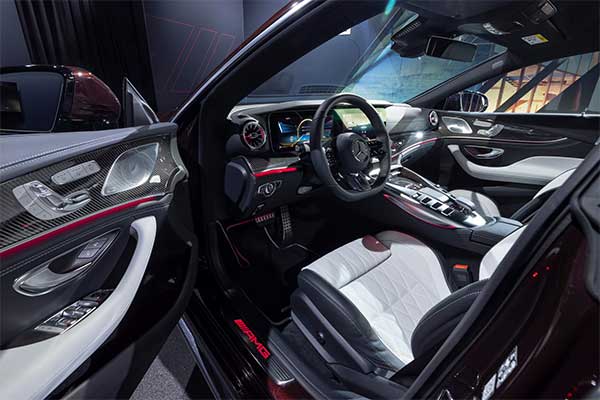 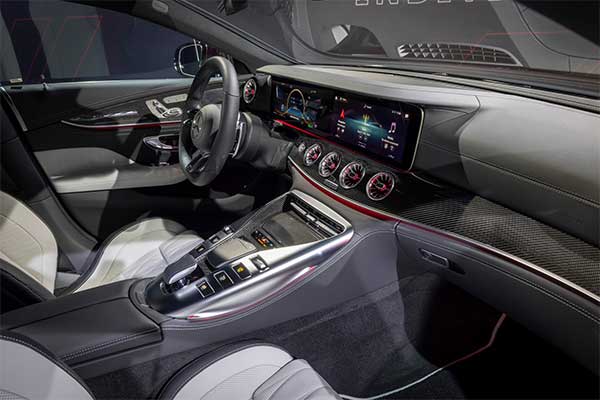