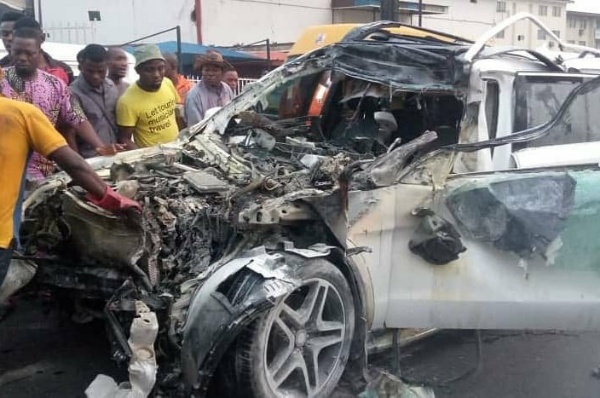 Mercedes-Benz GL SUV totaled after ramming into the rear of an articulated truck carrying two 20ft containers in Lagos.

Fortunately, no life was lost during the crash. However, the injured Mercedes driver was taken to a hospital.

The driver of the truck reportedly absconded immediately after the accident. 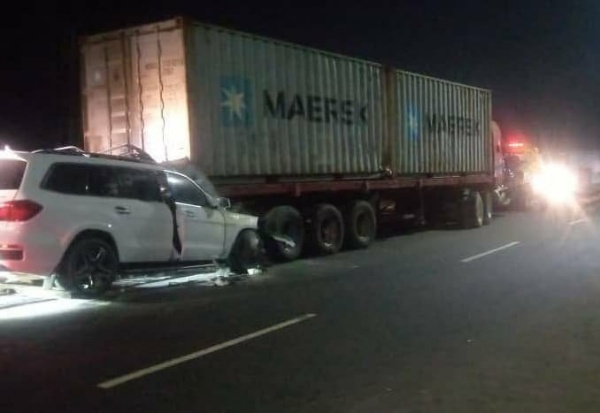 The driver of a Mercedes-Benz SUV has sustained injuries in a motor accident after ramming his vehicle into a truck carrying two 20ft containers in the early hours of February 15, 2021. 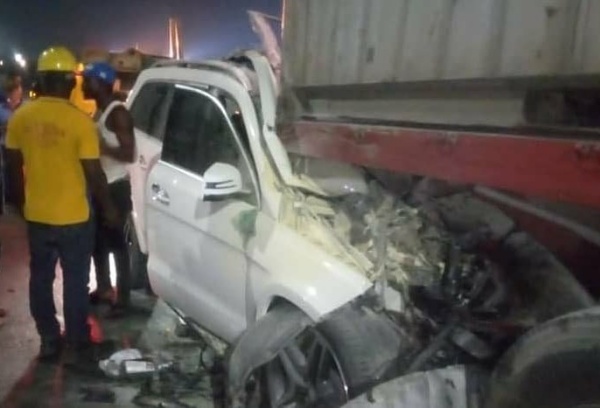 Images taken at the scene shows the front of the now-totaled full-size Mercedes luxury SUV wedged into the back of the truck. 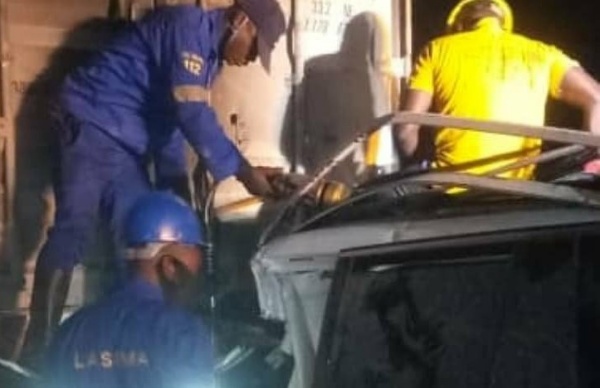 The driver of the articulated truck reportedly absconded from the scene immediately after the accident.

Fortunately, no life lost during the crash. However, the driver of the Mercedes was rescued and taken to a hospital before the arrival of LASEMA Response Team.

LASEMA’s heavy duty equipment — Super Metro, light tow truck, and light rescue equipment were used to recover the SUV and the articulated truck from the road to a layby. The two vehicles were subsequently handed over to the Police Officers from Alabo Police Station.