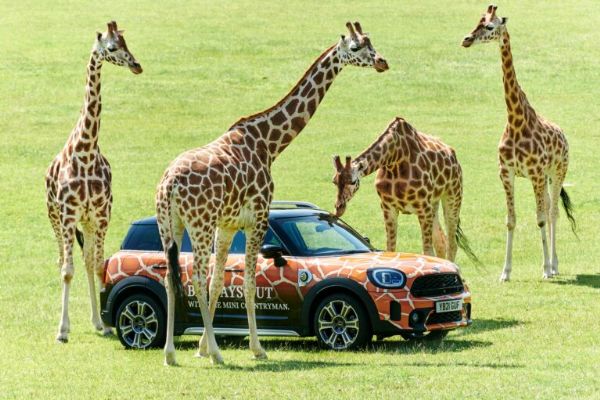 Visitors will be able to travel around the park without emitting harmful gasses from August 21 until August 31st.

The parks workers will also use the 26-miles MINI Countryman PHEVs to travel around the park to carry out their duties. 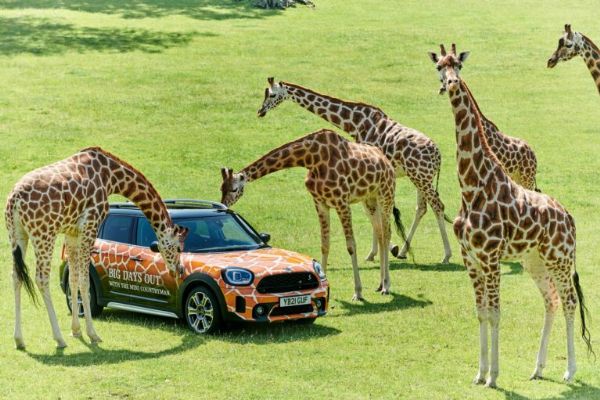 Now, part of the partnership has seen the British car maker deliver a ‘pride’ of animal-print MINI Countryman Plug-In Hybrid models to Longleat that will be used to offer visitors a ride. 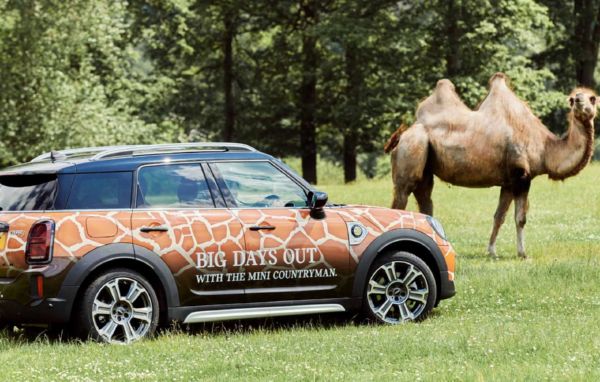 The first of such animal-print MINI Countryman Plug-ins have arrived at the park, and it will allow visitors to travel without emitting harmful gasses from August 21 until August 31st.

Longleat’s animal team will also use the 26-miles MINI Countryman PHEVs to travel around the park to carry out their duties such as feeding the animals as well as maintenance work.

This collaboration between the two will also raise money for Tusk, a wildlife conservation charity close to Longleat’s heart.

“We are all animal-lovers in the MINI team so we’re really excited to be partnering with Longleat, a brand that shares our core values and adventurous spirit. The MINI Countryman Plug-In Hybrid is both spacious and versatile; the perfect fit to enable Longleat to carry out the important work they do, whilst supporting their future sustainability ambitions. Hopefully the animals will approve too!” 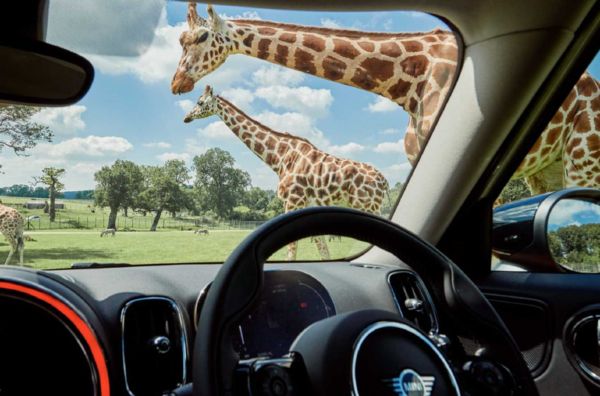 “As the first Safari Park created outside of Africa, Longleat has always led the way in creating magical animal encounters for families, with conservation and animal welfare also key in our values.

We’re thrilled to be partnering with MINI, a brand that’s synonymous with adventure and bringing a smile to people’s faces.

The new fleet of MINI Countryman Plug-In Hybrids are important for our on-site work with the animals and off-site educational outreach, as well as fitting-in with our sustainability ambitions; they are the perfect addition to our pack!”

Man U Returnee C Ronaldo Bought Over 15 Cars, Including Veyron, Chiron, Cullinan, Since He Left The Club In 2009 (PHOTOS)

Report: Kia Rio To Be Discontinued After 2022 Model Year