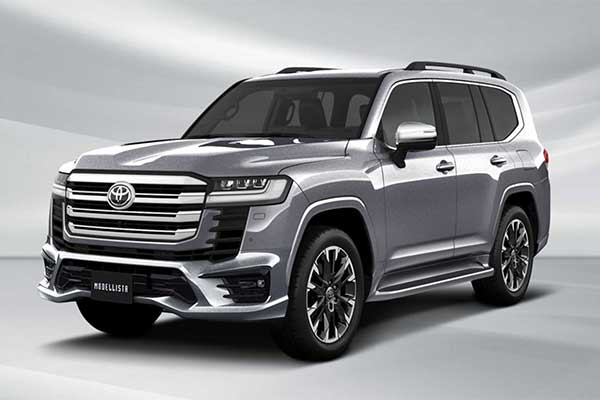 Just after a month of release, the 2022 Toyota Landcruiser has been upgraded by Modellista, a Japanese tuning company. The modifications are mostly on the exterior as the engine and interior remain the same for now.

Modellista modified the front and rear bumpers of the Toyota Land Cruiser and that modification really improved the overall appearance. The front bumper has a different foglight housing and a  black lower bumper opening give the SUV a sportier look. On the rear, Modellista added a rear diffuser, continuing the sportier styling. Also available are two different alloy wheel styles – gloss black or matte black, and both measure 21 inches.

Modellista is known for upgrading Toyota, Lexus and Daihatsu brands in Japan. Although the Land Cruiser is still new, the Japanese tuner company is expected to further upgrade the SUV in the near future and this time the interior will be involved and probably an engine upgrade.

More photos of the Modellista Upgrades 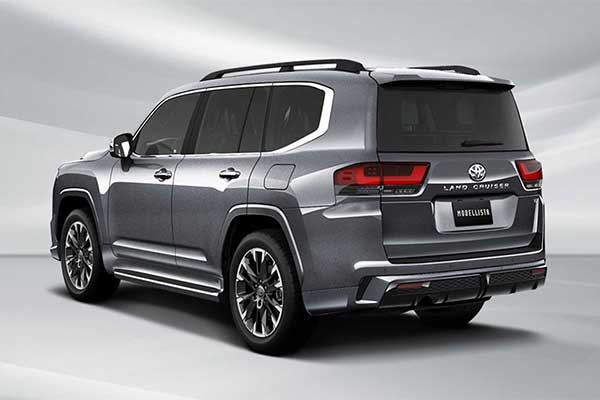 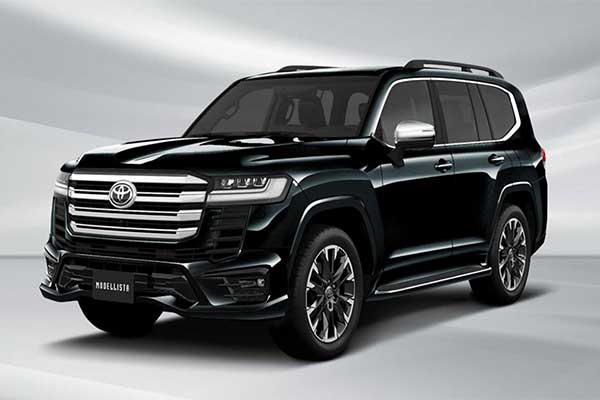 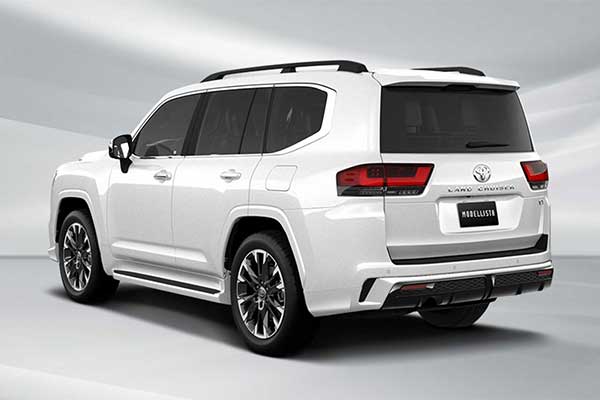 The new high-riding 300 Series model replaces the outgoing 200 Series that debuted way back in 2007. 300 Series adopts the new GA-F platform based on TNGA that keeps its body-on-frame design.

Inside, the Toyota Land Cruiser 300 Series retains its three-row layout with seating for up to seven people. Upgrades includes a tablet-style infotainment screen and an Easy-to-reach switches that allow drivers to change the off-road modes easily without diving into any menus.

Powering the 300 Series are two new powertrains : A 3.5-liter twin-turbocharged V6 petrol engine produces around 409 horsepower and 479 lb-ft of torque. The second is a 3.3-liter diesel, which churns out 304 hp with 516 lb-ft of torque. Both are mated to a new 10-speed automatic transmission.