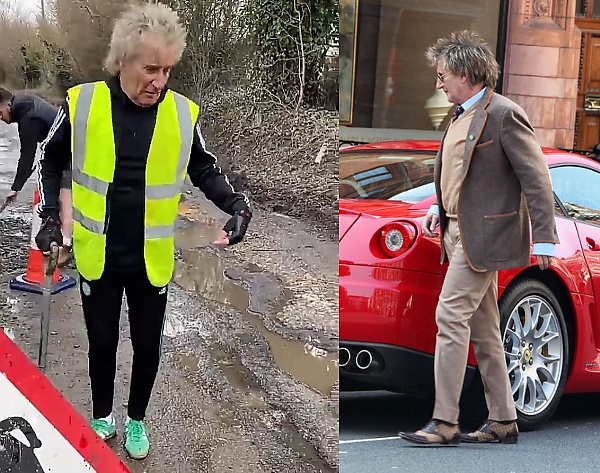 Rod Stewart fixes deadly potholes on his street by himself because his Ferrari can’t go through.

The 77 Year old British singer claimed drivers were “bashing their cars up” on the road.

He added that the road had been in need of repair “for ages” but that “no-one can be bothered to do it”.

But an Essex County Council cabinet member has urged people not to try to repair potholes themselves.

He warned anyone attempting to repair potholes could become liable for accidents. 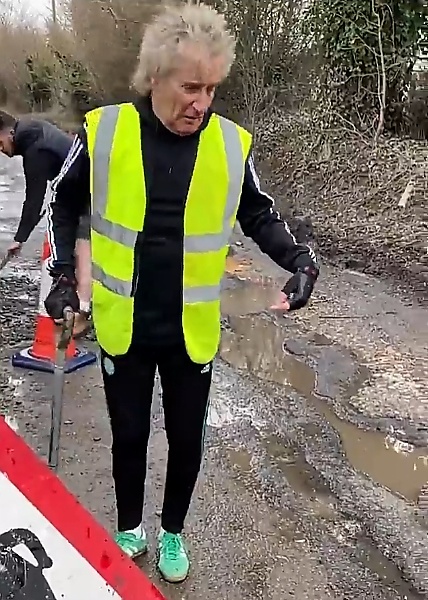 The advise came after British singer Rod Stewart posted a video of himself on Instagram shovelling gravel near his home near Harlow, Essex. 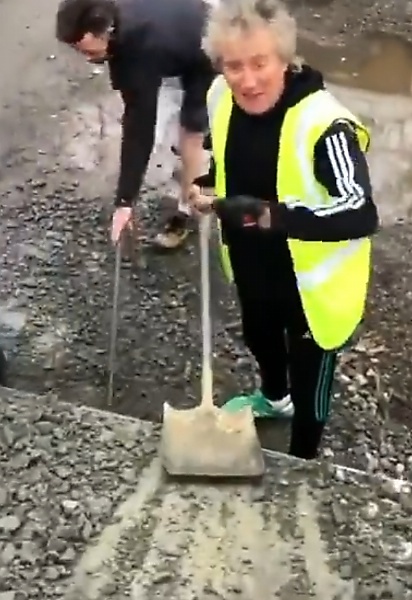 The 77 Year old claimed drivers were “bashing their cars up” on the road, adding that the road had been in need of repair “for ages” but that “no-one can be bothered to do it”.

“People are bashing their cars up. The other day, there was an ambulance with a burst tyre. My Ferrari can’t go through here at all,”. 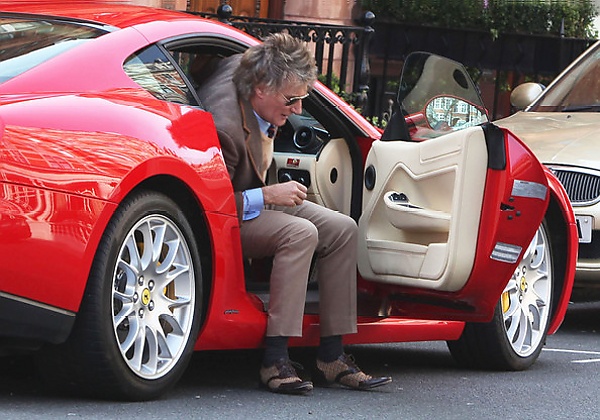 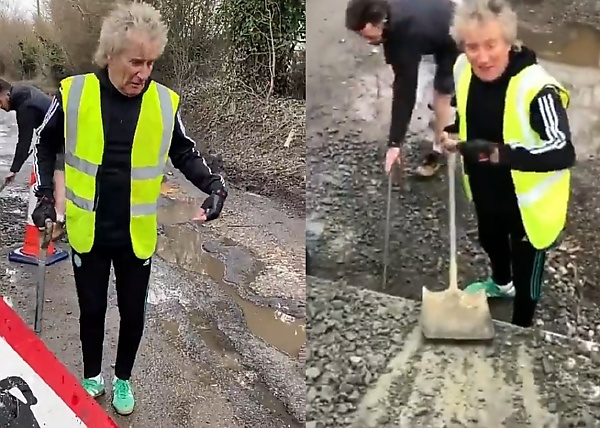 While his post had been liked more than 75,000 times to praising his action, Lee Scott, who is responsible for highways maintenance at the authority, thinks the job belongs to the council.

“You can’t take matters into your own hands.

“People must always report potholes to the council and we will fix anything that’s dangerous.” 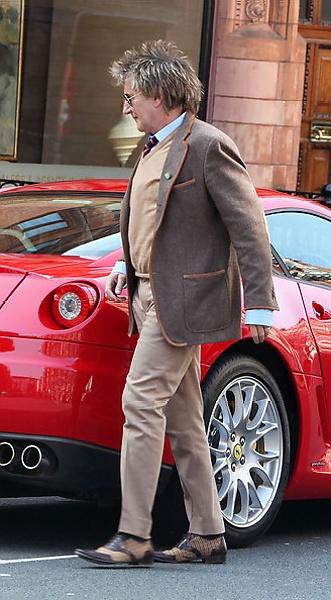 Mr Scott promised he would “endeavour to rectify it” and asked for an officer report as quickly as possible.

“All road repairs have to be done to a professional level or the person doing it could become liable for any problems or accidents”.