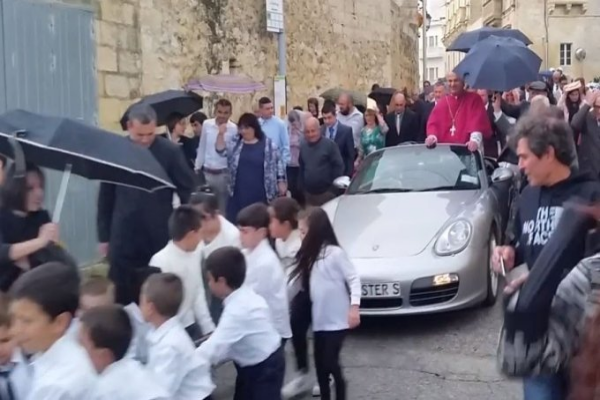 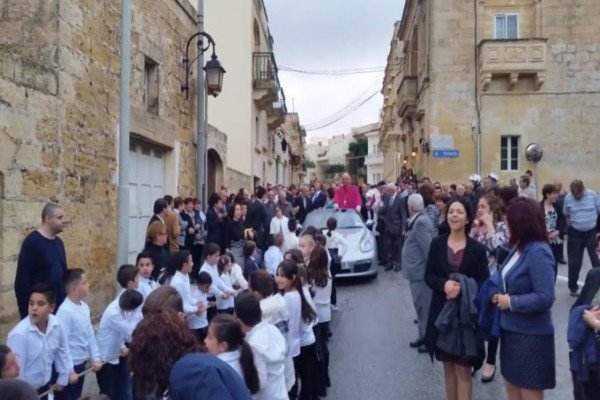 A newly appointed parish priest for Gozitan community in Malta,Fr John Sultana, has come under fire for allowing 50 young children to pull him through the streets in an expensive sportscar .

A spokesman for the Gozo Curia Catholic Church said

“I’m sorry, but to me this simply isn’t an issue and certain comments being made are just not right” 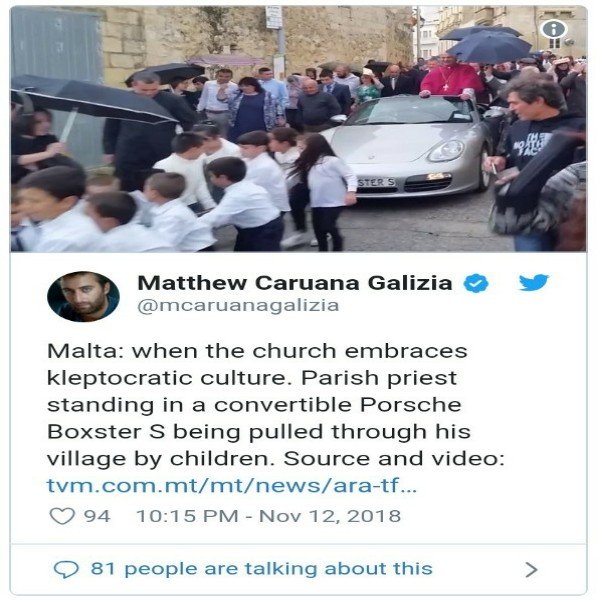 See Pope Francis’ Lamborghini Huracan That Was Sold At Auction For $861575, About Four Times The Retail Price

“This is disturbing! Why on earth is this joker in a Porsche instead of humbly devoting himself to the community?”

“What stupidity. Should have walked with the children”