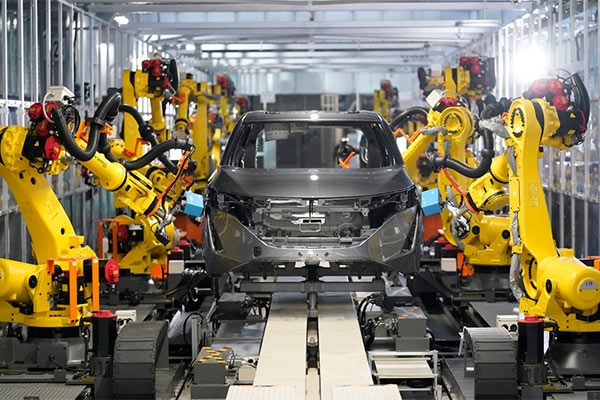 Nissan halts production at its factory in St. Petersburg, Russia, due to shortage of parts.

Nissan joins a range of automakers who have paused production in Russia after the invasion of Ukraine last month.

Nissan has halted production at its factory in St. Petersburg, Russia, for three weeks, citing a shortage of parts.

The stoppage began Monday, a Nissan spokesman told Automotive News Europe. The company has had problems sourcing parts from outside the country, the spokesman added.

“Due to ongoing logistics challenges, we have suspended exports of finished vehicles to Russia and the Nissan plant in Saint Petersburg has suspended production from March 14 for three weeks. Nissan is carefully monitoring the ongoing situation,” the automaker said in an emailed statement.

Nissan has about 2,000 employees working at the plant and additional workers in sales and marketing roles in Moscow. Production at the factory was 45,040 vehicles last year, the company said.

Nissan joins a range of automakers who have paused production in Russia after Moscow’s invasion of Ukraine at the end of February. Others have halted exports to Russia.

Nissan’s alliance partner, Renault, has halted activities at its assembly plant near Moscow until this Friday because of supply difficulties. Renault builds the Terrano small SUV for Nissan based on the Dacia/Renault Duster at the Moscow facility.

Nissan said it was helping to relocate families of 40 Nissan employees working in Ukraine and was in contact with the remaining 27 still in the country.

The company has previously said it is creating a 2.5 million euro ($2.75 million) fund to help victims of Russia’s invasion, including donating 1 million euros to the Red Cross and other aid groups.

Nissan sold 51,338 cars in Russia last year, making it the ninth-biggest manufacturer based on sales, according to figures from the Association of European Businesses, a Russia-based trade group.

The locally built Qashqai SUV was the company’s best-seller with sales of 20,474, according to the AEB figures. The X-Trail midsize SUV, also built locally, was the next biggest seller at 19,010 units in 2021. Nissan also builds the Murano large SUV at its St. Petersburg plant.

Nissan’s network of independent dealers in the country is still operating, although cars are priced 30 percent higher on account of the collapse in the value of the ruble, the Nissan spokesman said.

Renault is deeply embedded in Russia via majority ownership of Lada’s parent company AvtoVAZ. The French company is reportedly reluctant to cut ties because it is worried about the high cost of pulling out of a venture with a local partner.

Moscow has threatened to nationalize or expropriate the properties of companies that leave Russia because of the war.

Two other factories operated by AvtoVAZ at Togliatti and Izhevsk also shut down for some days this week due to “the ongoing crisis in the supply of electric components,” the venture said in a statement.

AvtoVAZ previously built low-cost Datsun models for Nissan at Togliatti but stopped in 2020.

NLC Moves To Resolve The Conflict Betw. Leadership of NURTW And Its Lagos Council