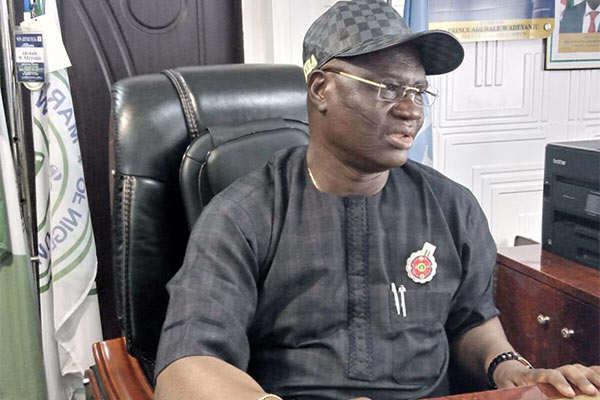 NLC moves to resolve the conflict between the leadership of NURTW and its Lagos State Council.

It plans a joint meeting with the two parties for the full and final resolution of the conflict.

As part of the process of resolving the conflict, a closed-door meeting was held on Wednesday in Abuja between the executives of the Lagos State Council of the union and Congress reconciliation committee chaired by the President of the Maritime Workers Union who is also the National Trustee of the Nigeria Labour Congress, Comrade Adewale Adeyanju.

Frank discussions were held and there was optimism that the conflict would be resolved amicably soon.

In keeping with the principle of fair hearing, the Adeyanju-committee will be meeting with the leadership of NURTW on a date yet to be determined.

A joint meeting will thereafter hold with the two parties for the full and final resolution of the conflict.

It will be recalled that a dispute between the Lagos State Council and the national leadership of NURTW led to the suspension of the Lagos Council which in retaliation asked the Lagos State Government to take control of motor parks in the state.

Concerned about the growing dispute, Congress elected to offer leadership by apprehending the dispute.

Nissan Halts Production At Russian Factory Due To Shortage Of Parts