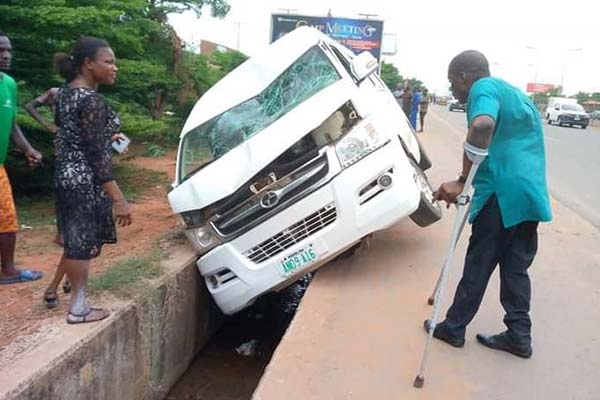 The bus lost control after one of the front tyres detached while it was speeding on the expressway.

What could have been a tragic evening was avoided as an official bus belonging to the Joint National Association of Persons With Disabilities (JONAPWD) Anambra State, lost control and ran straight into a concrete gutter.

The incident happened a stone throw from Regina Ceali axis along the Enugu-Onitsha Expressway, Awka. 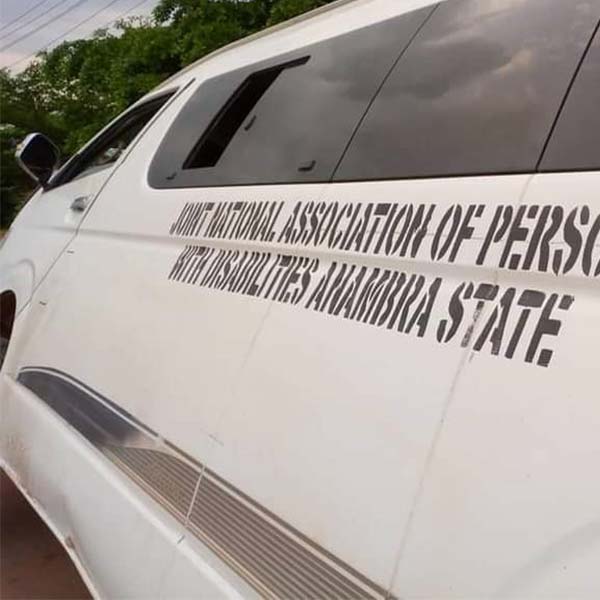 According to the Anambra State President of JONAPWD, Mr Ugochukwu Okeke, who was on board the vehicle, one of the front tyres detached while it was speeding on the expressway.

This reportedly caused a total loss of control which forced the driver to run into the gutter while avoiding pedestrians who were trying to cross the road. 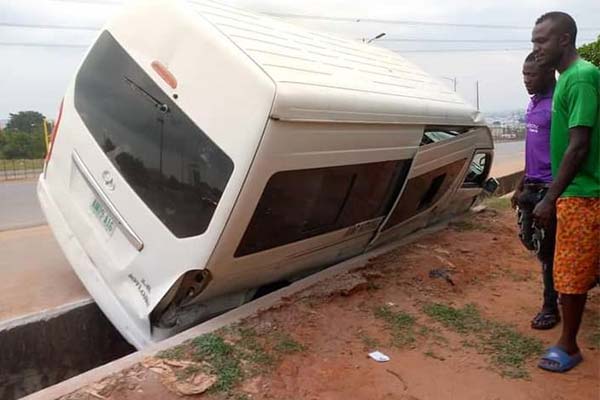 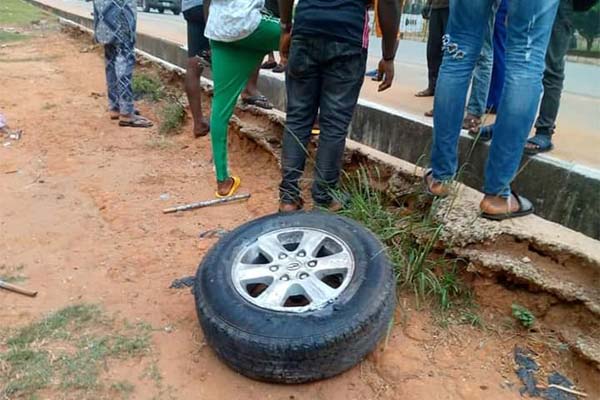 He explained that the vehicle had just returned from the mechanic where it was serviced for a bad brake pad, suspecting that the repairer might have failed to tighten the tyre well.

No life was however lost, neither did any of the three occupants of the vehicle sustain any injury. But the same cannot be said of the vehicle as its windscreen, headlamps, door sides and underneath were badly damaged.