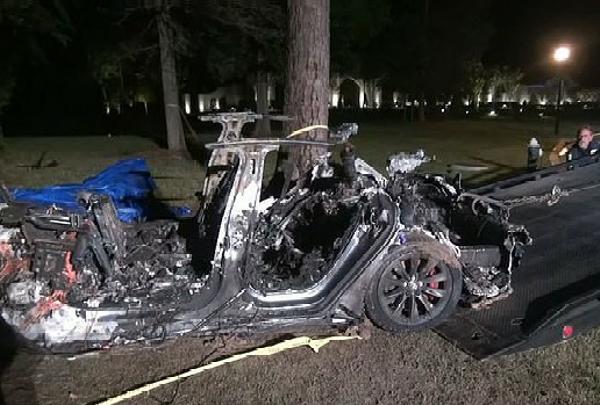 Investigation is ongoing to determine if Autopilot was on after two occupants were killed in Tesla crash with no one behind the wheel.

It took firefighters four hours and more than 30,000 gallons of water to extinguish the fire.

Two people were killed on Saturday in Texas after a 2019 Tesla Model S with nobody in the driver’s seat crashed into a tree after the electric car failed to make a turn.

The impact of the crash caused the all-electric car to burst into flames and according to police, it took firefighters four hours and more than 30,000 gallons of water to extinguish the fire.

According to reports, one of the men killed in the crash was in the front passenger seat while the other was found at the back seat.

It’s not clear if Autopilot was turned on before the crash, but police at the scene were certain that no one was driving the car. 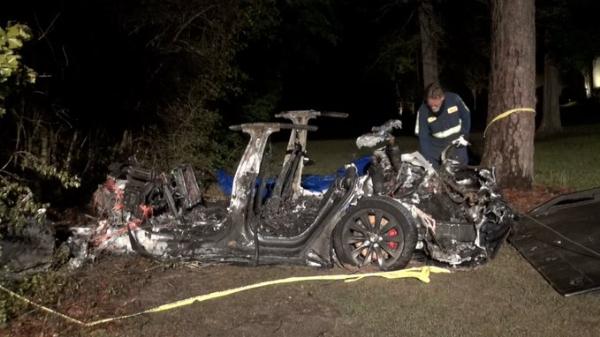 “With the physical evidence and the things of that nature on the scene, that night the position of the bodies the trajectory of the impact, they are 100% certain that no one was in the driver seat driving that vehicle at the time of impact. They are positive” 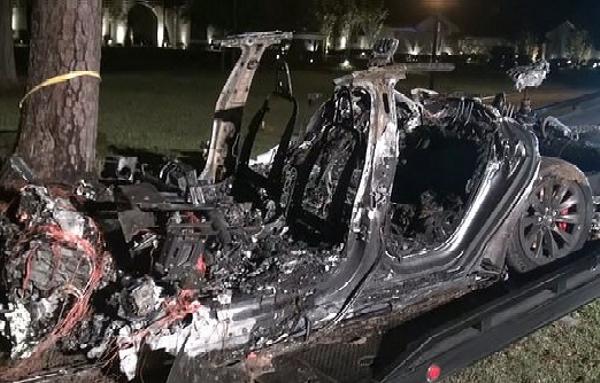 “Several of our folks are reconstructionist, but they feel very confident just with the positioning of the bodies after the impact that there was no one driving that vehicle.”

So far, police have only confirmed that one of the victims was 59 years old while the other was 69 years old.

The investigation into the 2019 Tesla Model S crash is going on, but this incident is also a reminder that Tesla cars are not driverless.

Last month, a Tesla on Autopilot crashed into a packed police car. The incident happened less than a week after another Tesla likely on autopilot crashed under a moving trailer around 3 am in the morning.