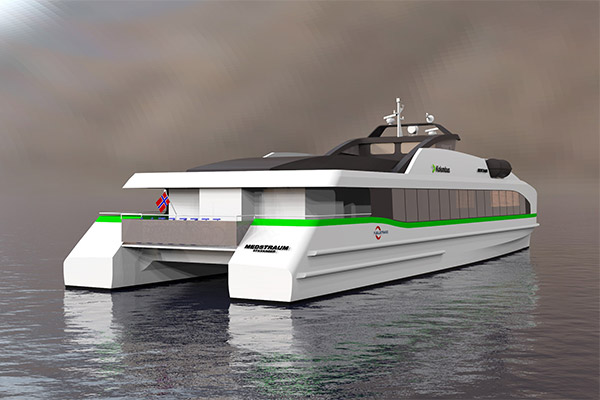 Once operational by 2023, it will be the first fully electric ferry service in Singapore and a first for Shell globally.

It will be used to transport passengers between mainland Singapore to Shell’s Energy and Chemicals Park.

The electric ferries will replace the conventional diesel-powered ferries that Shell currently use. 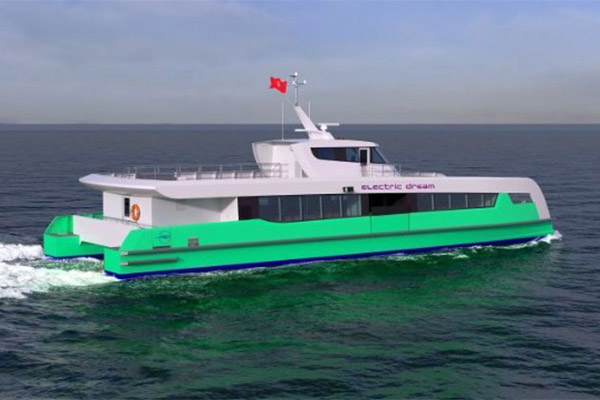 Once operational, the newbuilds will be the first fully electric ferry service in Singapore and a first for Shell globally.

Expected to set sail in the first half of 2023, the new 200-seater single-deck ferries will be used to transport passengers between mainland Singapore to Shell’s Energy and Chemicals Park on the island of Bukom, replacing the conventional diesel-powered ferries currently used.

The approximately 5.5-kilometre-long ferry route off the Straits of Singapore is a busy connection that transports around 3,000 passengers a day or an estimated 1.8 million passenger trips annually.

The fully electric ferries will be powered by a lithium-ion battery system with a capacity of 1.2 MWh and run at speeds of over 20 knots with zero emissions and noise. When berthed at Shell Bukom, the ferries will be charged via a combination of fast charging during peak hours, and slow charging during off-peak hours and overnight. Penguin’s ultra-fast shore chargers are capable of recharging each ferry in under 10 minutes.

“Switching to zero-emission, fully-electric ferries is part of Shell’s ambition to help accelerate progress towards net-zero emissions in the shipping sector. I thank Penguin and the Maritime and Port Authority of Singapore for supporting this shared ambition.”

“The Maritime and Port Authority of Singapore (MPA) is committed to lowering the carbon footprint of our local harbour craft and our port operations. Shell’s bold move to commission new fully-electric ferries will take us a step closer to making a low-carbon future a reality for our maritime sector,” Quah Ley Hoon, Chief Executive, MPA, noted.

Electric Dream is said to be the latest milestone in Penguin’s decarbonization journey. Back in 2018, the company carried out a solar retrofit of a passenger ferry Penguin Redeem. In April this year, it delivered Singapore’s first hybrid-electric harbour craft boat Penguin Tenaga. In 1H next year, Penguin plans to deliver a hybrid-electric patrol boat to a Singaporean client. Finally, in 1H 2023, Electric Dream ferries are scheduled to be handed over to their owner.

For Shell, the project is part of the company’s ambition to help the shipping sector achieve net-zero emissions by 2050. In April 2021, Shell announced it will collaborate on a feasibility study to trial the use of hydrogen fuel cells for ships, the first of its kind for Shell and in Singapore.