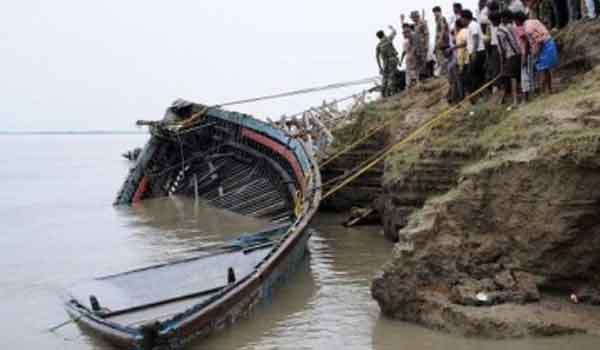 At least 15 wedding guests have died in the West African state of Guinea after an overcrowded dugout canoe sank off the north coast, local officials said on Monday.

The group had been travelling to a wedding on an island near Kanfarande when their boat capsized, said a naval officer stationed in Boke, a city some 50 kilometres (30 miles) to the east.

The officer said an unknown number of people had been aboard the boat, with the navy fishing 15 bodies from the ocean on Monday.

“We can’t tell you how many people are still in the water,” he said.

The government’s representative in the Boke region, Hassan Sanoussi Camara, confirmed the death toll of 15 people to AFP.

However, he said the group had been returning home after the wedding when the accident occurred.

AFP was unable to independently confirm the details. Wedding Guests

Gassim Camara, a young man from the Kanfarande area who had taken part in the search for survivors, said that 35 people boarded the boat and that 20 had been rescued.

But an official at Kanfarande town hall who gave his name only as Rica said the authorities did not yet know how many were missing.

Dugout canoes — or “pirogues” — are a common form of transport between towns along the intricate coastline of northern Guinea and neighbouring Guinea-Bissau.

But accidents aboard these traditional wooden vessels are common.

An official working in Boke’s regional government, who declined to be named, said the canoe left when the tide was high and the sea was choppy.

A search operation is ongoing, he added.