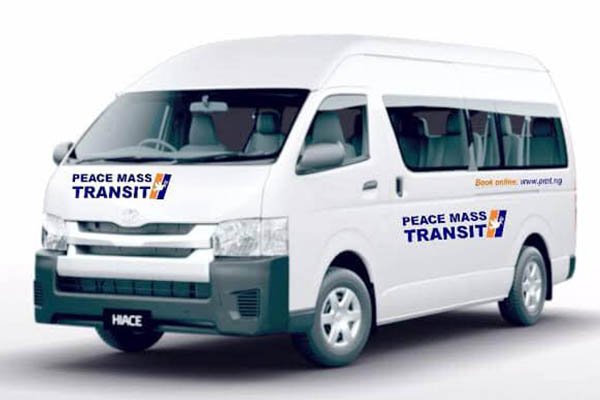 Peace Mass Transit (PMT) Limited, has unveiled a unique staff welfare package that transforms its bus drivers to owners of such vehicles in record time.

Chairman and Chief Executive Officer of the company, Dr. Sam Maduka Onyishi, is optimistic the new policy will bring about a better safety record and in addition, give drivers an assured sense of belonging and responsibility to handle vehicles in their possession with more care.

The policy comes into effect Monday, July 1, 2019. It is the first of such innovation in the transport industry in Nigeria and code-named Driver-To-Owner (DTO) Scheme

It is on record that PMT pioneered the speed limiter innovation in commercial buses in Nigeria 10 years ago. Then Corp Marshal, Osita Chidoka, personally visited PMT headquarters at Emene, to commission the project.

Dr. Onyishi, who announced the new policy to a gathering of excited drivers at the Emene headquarters of the Peace Group Friday, told them all PMT buses in their possession had technically become theirs, and would formally change ownership if and when they made steady financial returns up to an agreed amount into the account of the company, in due course.

It is widely acknowledged that drivers of commercial vehicles are generally more considerate and safety conscious if and when they have an economic stake in the vehicle they operate.

Dr. Onyishi told them that from Monday, July 1, they would effectively become owners of the buses they drive, while assuring that the new policy was well-thought-out and particularly designed to appreciate and empower drivers in the service of PMT.

Dr. Onyishi recalled while addressing the staff that he had promised the present Corps Marshall, Boboye Oyeyemi, during his maiden visit to PMT, that as Chief Executive officer, he would continue to think out of the box and make necessary sacrifices to improve safety on the Nigerian highways. The DTO, he added, was in partial fulfillment of that pledge

The over 3000 buses in the PMT active fleet are involved in the scheme in the first instance, in addition to the 200 units of new Kingo Hiace buses to be injected shortly. They are undergoing final stages of installation at the Peace Mass Auto Assembly Plant.

The CEO told the staff that the DTO policy was meant to reward hard work and create future PMT drivers and their families would look forward to with assurance and pride.

Prior to the introduction of the DTO, PMT had had, over the years a reward policy for diligent drivers on long service. Under this policy, drivers who had put in 15 years and above in PMT service are entitled to a bonus of a fairly used vehicle on retirement.

PMT is the leading mass transit company in the country with operational depots in over 65 locations across the federation.

She has been around for over two decades.