Policemen, allegedly driving against the traffic, has crushed 2 okada passengers to death on the Long Bridge end of Lagos-Ibadan Expressway in Ogun State.

Officers Of the Nigerian Police force, allegedly driving against the traffic, on Monday, crushed two motorcycle passengers to death on the Long Bridge end of the Lagos-Ibadan Expressway in Ogun State.

According to an eyewitnesses, the policemen fled the scene immediately after crashing into the okada. 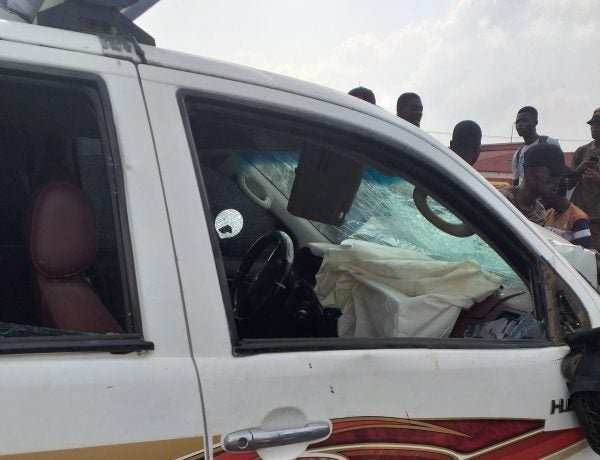 “When it happened, they ran out of the vehicle and jumped off the bridge and ran away. No one could catch them.”

Emergency responders, who rushed to the scene, took the injured victim to hospital. Federal Road Safety Corps and a police officer, who had no name or number tag, were on the ground.

Commercial motorcycle riders, who had gathered at the accident scene, threatened to burn the police patrol pickup. 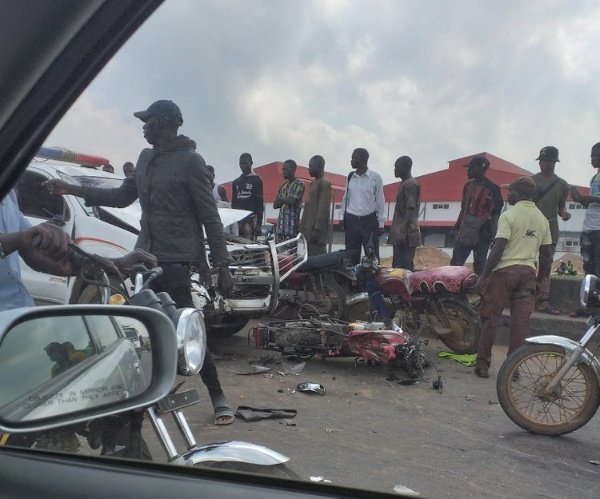 The Sector Commander, FRSC, Ogun State, Clement Oladele, confirmed the incident. He said only one of the three victims involved in the accident died.

“One died and the two injured victims were rescued to the Lagos State Emergency Centre, Ojota. The corpse of the dead victim was deposited in the hospital’s mortuary.

“The suspected cause of the accident was route violation as the driver of the vehicle was speeding, while driving against the traffic” 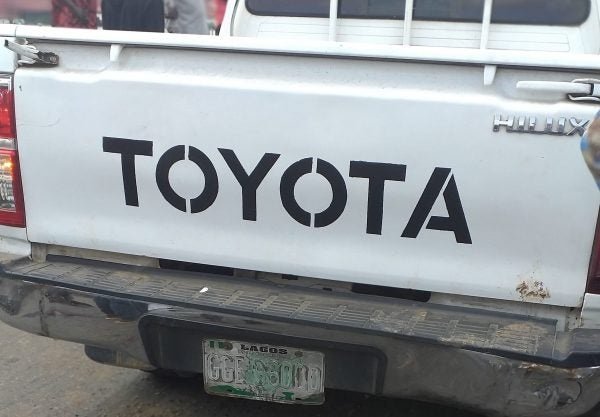 The spokesperson for the police in Ogun State, Abimbola Oyeyemi, however said two passengers died in the accident. He added that the injured motorcyclist is responding to treatment at the hospital.