President Buhari is on a two-day working visit to Morocco.

According to a statement on Saturday by presidential spokesman, Garba Shehu, the visit, which is at the invitation of His Royal Majesty, King Mohammed VI, will see the two leaders discuss socio-economic matters affecting their countries. 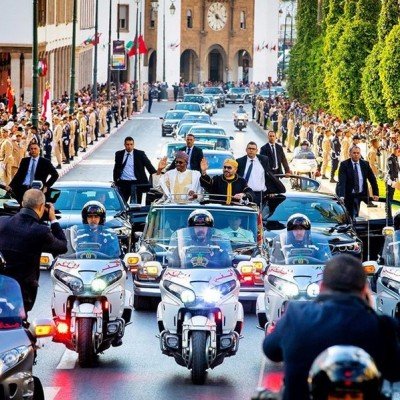 About the cars in the convoy

The Mercedes-Benz 600 is a high-end large luxury sedan and limousine produced by Mercedes-Benz from 1963 to 1981. Its few competitors included certain models of Rolls-Royce and Bentley, the Cadillac Fleetwood 75, stretched Lincoln Continental Lehmann-Peterson, and the Chrysler Imperial Crown Ghia.

After taking over the throne in 1999, King Mohammed VI of Morocco acquired this classic Mercedes Benz from his predecessor, his father.

Official Cars To The President Of 10 Various Countries And More

The presisent went on the trip with the company of Governor Dave Umahi of Ebonyi State, Governor Abubakar Badaru of Jigawa State and other senior government officials.

2050: A Prediction Of The Nigerian Auto And Transport Industry