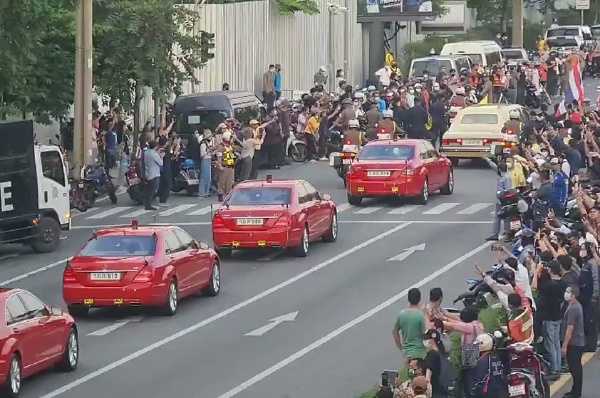 Protesters chanted ‘the people’s taxes’ as Thai Queen cruises in a convoy of luxury Rolls-Royce limousine and 9 red Mercedes.

It comes amid large-scale protests in the Thailand where people demanded new elections and broader democratic reforms. 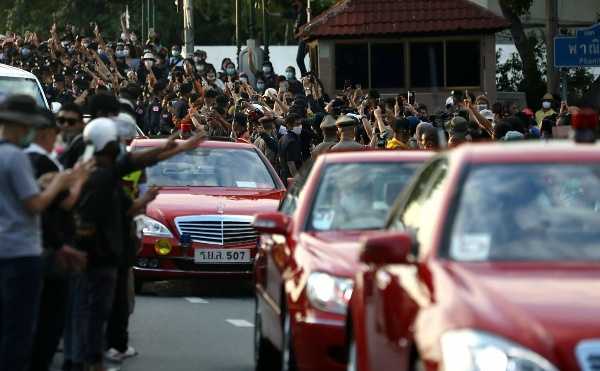 A prominent protest leader, Ekachai Hongkangwan, could face up to 15 years imprisonment if found guilty after being charged with attempting to harm the Queen of Thailand during mass protest rallies in Bangkok.

Hongkangwan, along with a fellow activist, are been charged under the criminal law which “bans any act of violence against the Queen or Her Majesty’s liberty,” 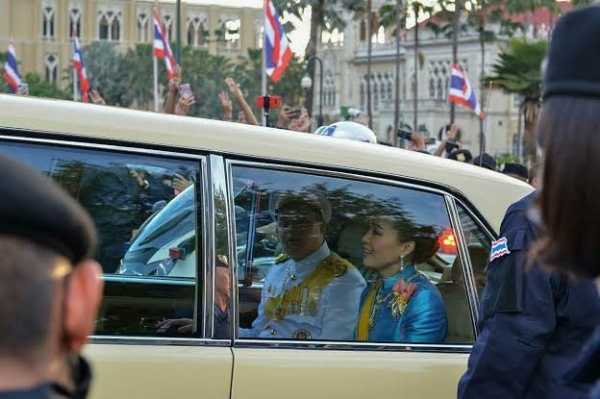 Convoy of Thai Queen drives through hundreds of protesters.

It comes after hundreds rallying outside the Government House in Bangkok blocked the motorcade carrying Queen Suthida and Prince Dipangkorn Rasmijoti, the heir to the Thai throne.

Video from the scene shows the Queen’s convoy, consisting of Rolls-Royce stretch limousine and 9 red Mercedes, driving slowly on the streets after attending a Buddhist ceremony at the Grand Palace.

Some of the protesters who had gathered on both sides of the road were seen flashing “the three-finger salute”; a symbol of the protest movement.

They also chanted at the royal motorcade, “the people’s taxes” and “my tax, my tax”; a reference to the royal family’s luxurious lifestyle.

It comes amid large-scale protests Thailand where people demanded new elections and broader democratic reforms. Some of the protests have led to clashes with police.

Audi To Take Full Control Of Bentley, Set To Build Cars For The Brand