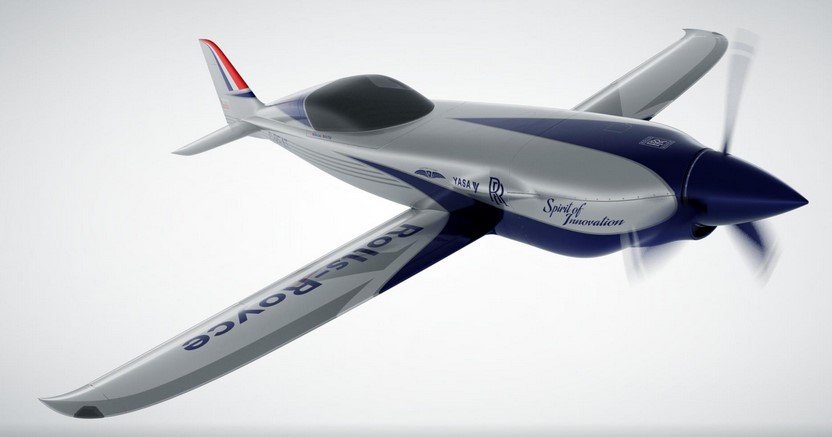 Rolls Royce is not just into cars; they are into the design and production of engines used by planes.

Rolls Royce has announced their world record plan to build the fastest all-electric plane; it will be the first of its kind.

Inside a bustling hangar bay at the far end of Gloucestershire airport in South West England, a team of British engineers, designers, and data specialists recruited from across Rolls-Royce and beyond have set out to make history.

The high-performance electric plane is scheduled to take to the skies over Great Britain in 2020.

Rolls Royce guys went further to clear the air that this is not any form of publicity stunt. It’s part of a Rolls-Royce initiative called ACCEL – short for “Accelerating the Electrification of Flight” – that’s intended to pioneer a third wave of aviation in support of Rolls-Royce’s strategy to champion electrification.

You may also like: A Sheikh Has His Rolls Royce Cullinan Already Delivered Even Before It Was Unveiled. He’s The Real Baller

In the Rolls Royce official website, ACCEL Project Manager for Rolls-Royce, Matheu Parr, said – “This plane will be powered by a state-of-the-art electrical system and the most powerful battery ever built for flight. In the year ahead, we’re going to demonstrate its abilities in demanding test environments before going for gold in 2020 from a landing strip on the Welsh coastline.”

To actualize this project is no child’s play. They have myraids of challenges to overcome for the project to be feasible.

They’ll need to build an immense battery that’s powerful enough to beat a series of speed and performance records, light enough to fly, and stable enough not to overheat.

They will be monitoring more than 20,000 data points per second, measuring battery voltage, temperature, and overall health of the powertrain, which is responsible for powering the propellers and generating thrust.

Accel has the most energy-dense battery pack ever assembled for an aircraft, providing enough power to fly 200 miles (London to Paris) on a single charge.