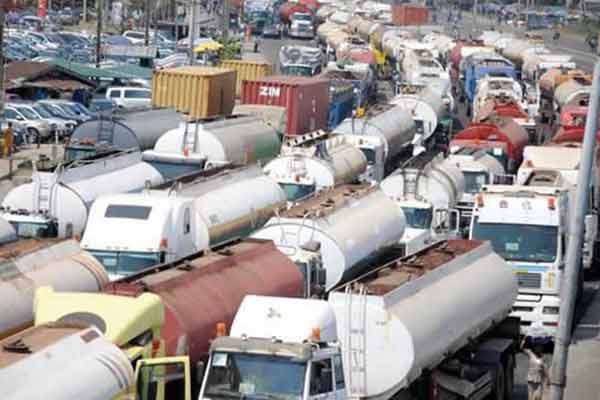 Nigerian Security Operatives and the sudden disappearances of Apapa gridlock shows that the traffic build is designed to extort fares from truck owners. 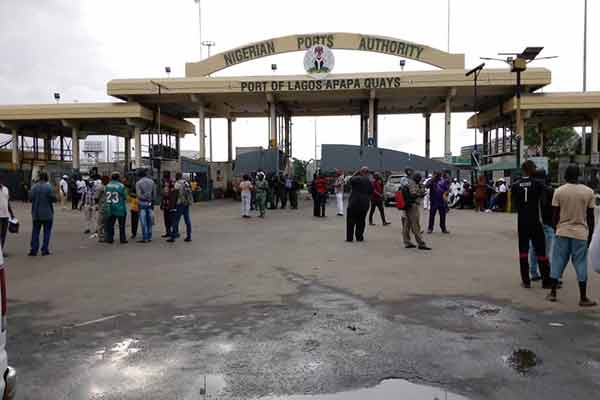 For several decades, traffic gridlock has become a permanent feature of Apapa, the home of Nigeria’s major seaports. The notorious gridlock has known no let up, defying every solution devised to confront it. But once a while, especially whenever President Muhammadu Buhari is visiting Lagos, the gridlock will disappear into thin air. The roads will be strangely free of traffic, as the trailers and all the articulated trucks that occupy the roads suddenly vanish without trace.

This was the case on June 10, 2021, when President Buhari visited Lagos to commission the Lagos-Ibadan rail project and NIMASA’s maritime security initiative, known as the Deep Blue Project. Commuters and Lagos residents were shocked to see the port access roads and all the roads and bridges in Apapa and environs suddenly wearing a clean look, devoid of any obstacle. The trailers and petrol tankers that usually clutter the roads and bridges had all disappeared overnight, leaving free and empty roads for commuters and motorists.

Notably, that was not the first time. In 2019, during the Presidential Election campaigns, Apapa gridlock also disappeared as the President rode into town to campaign for votes.

Lagos State, NPA and security operatives that had been presiding over the gridlock worked all night to clear the roads of trucks, and clean up the roads for the President’s election campaign –just as they did on his recent visit. 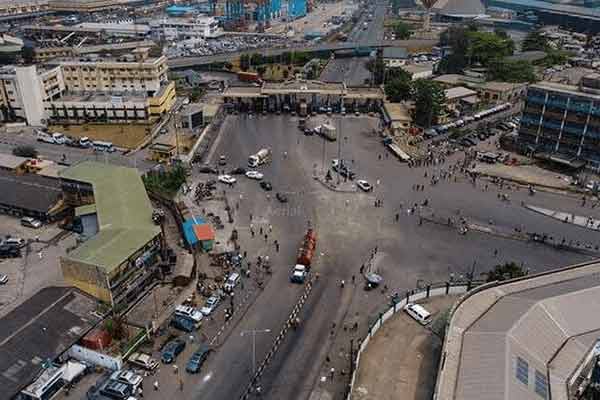 These disappearances of the ‘intractable’ gridlock any time the President visits or when the Lagos annual international marathon is taking place can only lead to one inescapable conclusion: the traffic gridlock is largely man-made or deliberately induced.

If the authorities concerned and the security operatives can evacuate the stubborn trucks during the president’s visits, why is it difficult to ensure the roads are free for seamless movement of trucks into the ports, and for commuters to move on the roads?

Why are trucks allowed to park tail to tail, occupying the length and breadth of the roads for weeks, only for them to disappear whenever the president comes along?

Security operatives, controllers of Apapa traffic, cannot explain away the sudden disappearance and return of the gridlock whenever the President visits or the Lagos City Marathon is taking place.

Looking at it critically, it is clear to every observer that the cause of the perennial and apparently intractable Apapa gridlock is corruption/extortion. The security agents and the authorities that send them to the roads are obviously benefiting from the traffic gridlock.

Without gridlock, it will be impossible to extort truck drivers and their principals of huge sums of money daily, hence there has to be gridlock for their business to thrive.

Recently, the acting Managing Director of NPA, Muhammed Bello-Koko, told Lagos State Governor, Babajide Sanwo-Olu, that no less than 30 ‘toll-points’ exist around the Apapa and Tin Can ports, where bribes are taken before trucks are allowed into the port. This, of course, is not a revelation as journalists had in the past exposed these extortion points, including the port gates, after thorough investigations.

Koko said his management had been inundated with complaints of extortions from truckers by security operatives comprising the Military, the Police and NPA Security, that demand money from them before allowing them access to the ports. 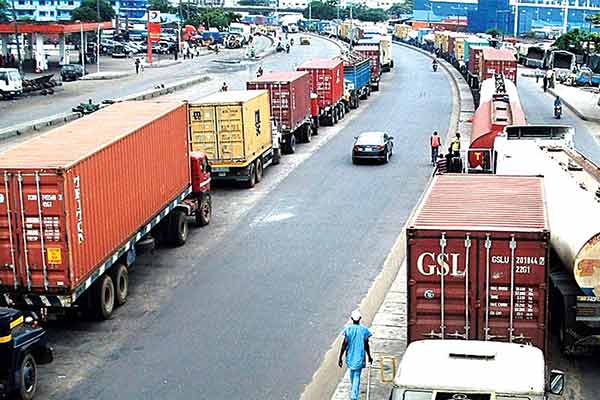 All this is proof that the Apapa traffic gridlock is artificial and man-made. It is the extortion racket that is responsible for the sabotage of every measure to tame the gridlock. It is the extortion racket by the security operatives and their “ogas” that has made the newly-introduced electronic call-up system called (‘Eto’) unworkable. The security operatives cannot do without their multiple and illegal road blocks. Some have even built shades and make-shift houses on the roads to ensure steady flow of the extortion proceeds.

From the foregoing, it is crystal clear that the money that security operatives are making from truck owners is the cause of the intractable Apapa gridlock. Their ugly and unpatriotic practice remains a major hindrance to the smooth implementation of the truck call-up system or any other system that may be adopted. It then follows that for ‘Eto’ to work, or for Apapa roads to be sanitized, the security operatives must be sanitized first.

Unless the issue of extortion is thoroughly dealt with, the Apapa gridlock will continue to exist. The stronger measures against extortion of truck drivers talked about by the acting NPA MD should not be long in coming because NPA security is part of the extortion syndicate. Without NPA security, the syndicate will not be as powerful as it is, and will not be able to cause obstruction at the port gates.

Considering the severity of the problem, who says there cannot be a law or regulation that will hold security operatives responsible for the gridlock, a law that will make them liable for prosecution for economic sabotage? Unless such a drastic action is taken, the Apapa traffic gridlock will not disappear, as it does whenever President Buhari visits Lagos.