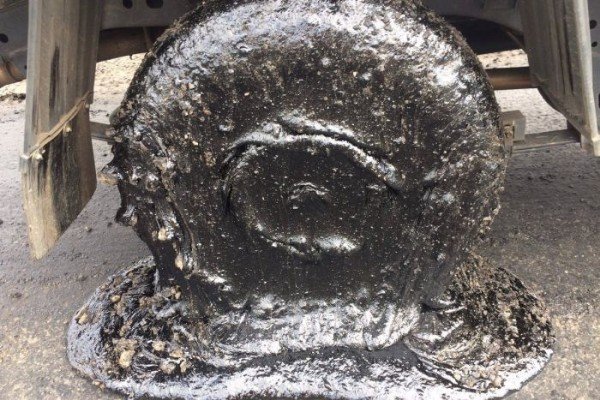 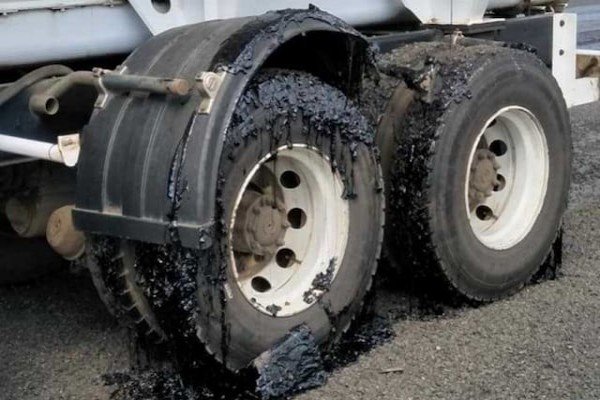 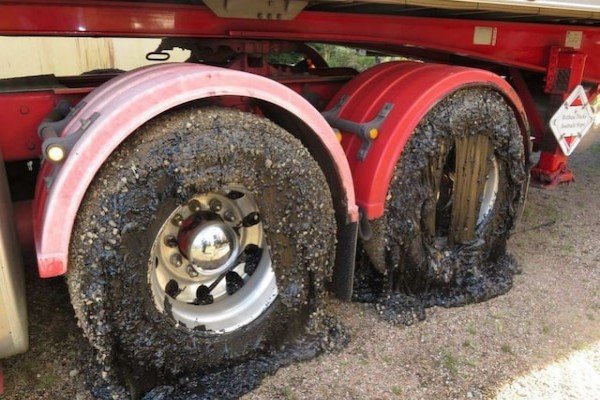 A road in Australia was temporarily closed after heat from the Sun caused the surface of the recently tarred road to melt, coating and destroying the tyres of about 50 drivers.

The Malanda Millaa Millaa Road in North Queensland was resurfaced recently but strong rain and unusually hot weather caused the bitumen to become loose and cracked. 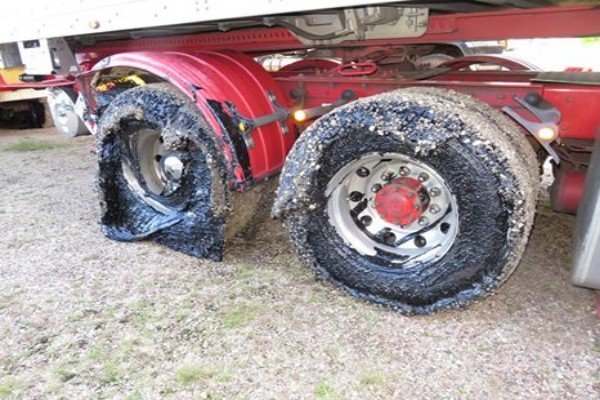 Tyres were stucked in the black, sticky bitumen as some even detached after temperatures rose to about 24.7C (76.4F) on the back of a period of wet weather. A truck even had all of its 34 tyres damaged . 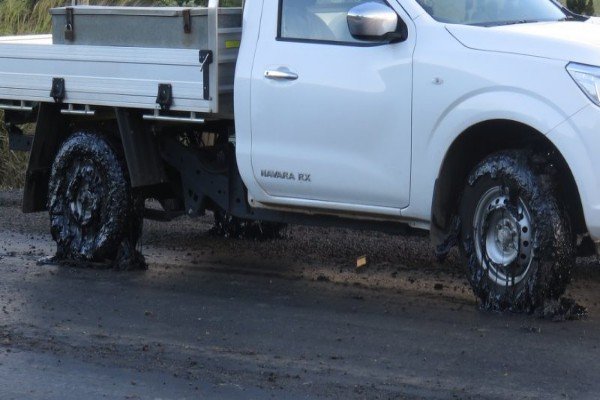 A driver said :
“It was like we were insects caught in a spider’s web and we were sinking,”

“The sun came out and then all vehicles that entered this road, became stuck in the melting bitumen as tar piled up around the tyres,”

The Department of Transport and Main Roads in Queensland blamed the situation on the recent variable weather conditions.

“It’s a combination of factors”
“We have extreme weather conditions … unusually cold and wet weather combined with works at hand and the short impact of the hot weather yesterday caused the situation to occur.”

The Department of Transport and Main Roads have promised to compensate drivers whose cars and wheels were damaged as soon as possible.

A similar incident happened in January when a road in the southeastern state of Victoria began to melt after a heatwave with temperatures soaring to about 38C (100.4F).

In some parts of Nigeria, temperatures can go as high as 44 °C (111.2 °F) between March and April while in Jos plateau, temperature ranges between 21 °C to 25 °C which are cool all year round.

Why Has Lagos State Not Taken Advantage Of This Mode of Transport To Decongest The Roads?