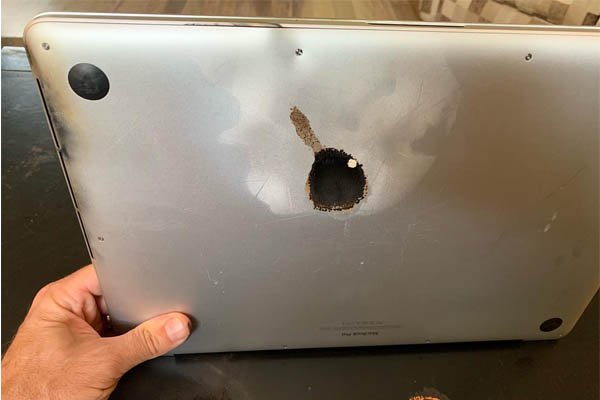 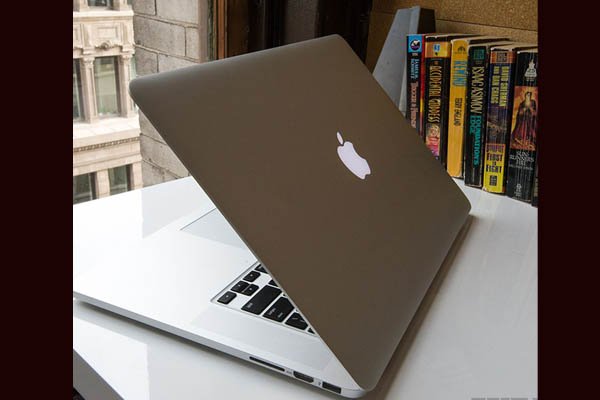 If you own a particular MacBook Pro Laptop, you cannot carry it on a flight in Nigeria. And this is why.

The Nigeria Civil Aviation Authority (NCAA) has banned the carriage of MacBook Pro Laptop on all flights.

The NCAA barred the carriage of a particular Apple PC (MacBook Pro Model: Retina 15 Mid 2015) from all flights. This new aviation policy was made known in a circular addressed to all operators and service providers yesterday by the Director of Operations and Training, Capt Abdullahi Sidi, NCAA signed the circular.

The circular stated, “This is to inform all operators and service providers that the carriage of MacBook PRO (Model: Retina 15 Mid 2015) with immediate effect is hereby, banned from all flights. This product has been recalled by the manufacturer due to battery problem.”

The recall, which Apple announced in June, applies to 15-inch MacBook Pro units primarily sold between September 2015 and February 2017. Apple said the battery in the affected laptops could overheat, potentially swell or ignite. 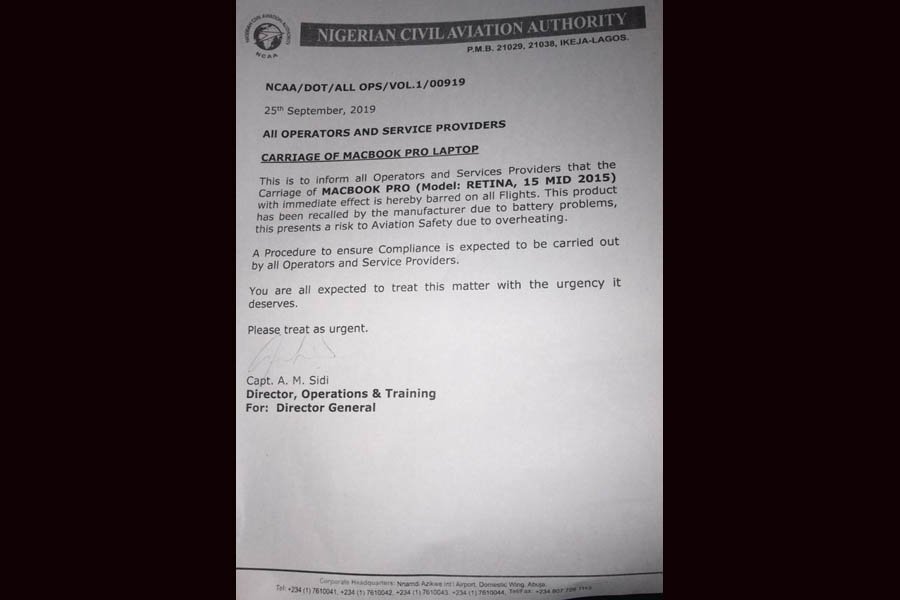 In an earlier statement, the US aviation authority, the Federal Aviation Administration (FAA) said it was “aware of the recalled batteries that are used in some Apple MacBook Pro laptops” and reminded airlines to follow safety guidelines issued in 2016 about consumer electronics with recalled batteries.

The Federal Aviation Administration announced in August that it was banning certain models of Apple’s MacBook Pro from being brought on board flights, whether as cargo or in passengers’ carry-on luggage.

In an earlier statement, the FAA said it was “aware of the recalled batteries that are used in some Apple MacBook Pro laptops” and reminded airlines to follow safety guidelines issued in 2016 about consumer electronics with recalled batteries.

According to those guidelines, electronics with recalled batteries should not be allowed on flights as cargo or in carry-on luggage. That would apply to the affected MacBook Pros.

In addition to the FAA, a number of airlines and regulatory bodies throughout the world have issued guidance relating to the hazardous laptops. 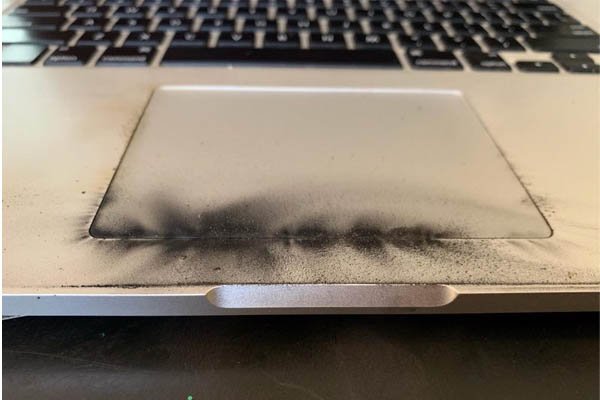 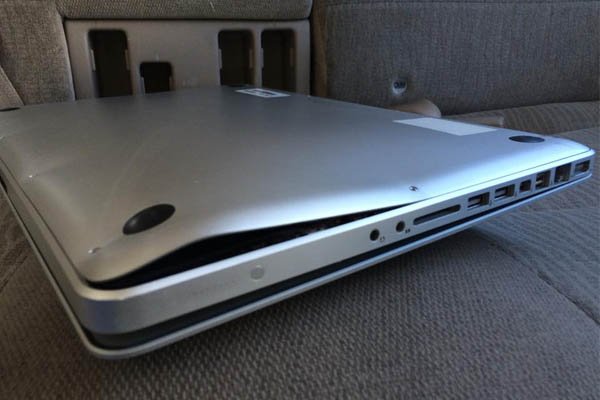