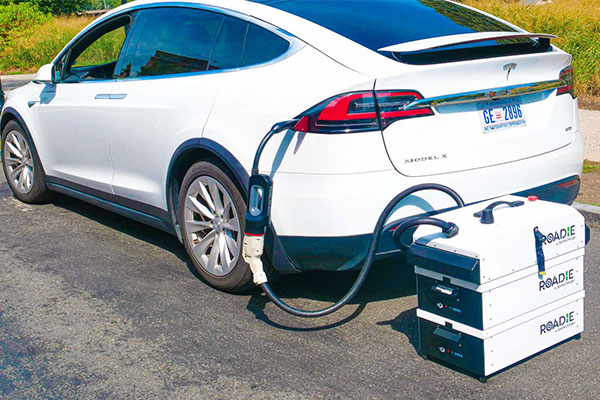 SparkCharge introduces Roadie charging system to power electric vehicles (EV) when they run out of battery juices on the road.

The charging system generates 15 miles of range in just 15 minutes. 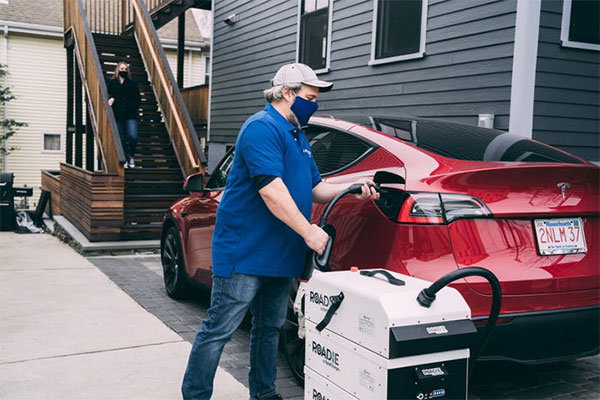 SparkCharge, the company that bills itself as the first on-demand charging network has vowed to build EV Charger that can pop up on the road. The charger would be able to power EV that has gone off power.

One of the biggest obstacles to EV adoption right now is the shortage of easily accessed charging infrastructure. That is changing as more charging stations pop up along highways and in places like shopping mall parking lots.

But it’s possible that there is another solution — a charger that can come to you. That’s the promise of a Massachusetts startup, SparkCharge.

TechCrunch reports that not only does the company bill itself as the first on-demand charging network, but also as a creator of gig economy jobs.

This is the gist of what SparkCharge does: Imagine you just ran out of juice in your Chevy Bolt. There are chargers nearby, but they aren’t available at the moment. You download the SparkCharge app, called BoostEV, and report where you are and how much of a charge (as in range) you need.

A SparkCharge “provider” arrives and uses the company’s chargers to charge your vehicle and get you on your way. It’s somewhat like AAA for your EV.

The key to its service is a portable modular battery called Roadie, designed and developed by the company. The packs are offered in 7, 10.5 or 14 kWh packs.

The cost for the charge? Company founder Joshua Aviv says it can cost just 50 cents a mile. He cites the mobility of the packs as key to it working for customers:

“We’re basically creating a whole new [charging] network. This isn’t a network meant to be a stopgap. It’s a network that’s always on, always available and better and faster than [traditional chargers]… we don’t need permits, we don’t need construction.

With our unit, you take it out of the box, you plug it into the car, you push a button and begin charging. With us, every parking spot, every location — that’s now a charging station. That’s a much better network than the legacy.”

SparkCharge will offer the Roadie to people who want to make EV charging their own business. The company will lease the equipment and battery packs to providers for $450 a month.

Linda Ikeji’s Dad Poses With His Latest Toy, A Mercedes-AMG G63, As He Turns A Year Older