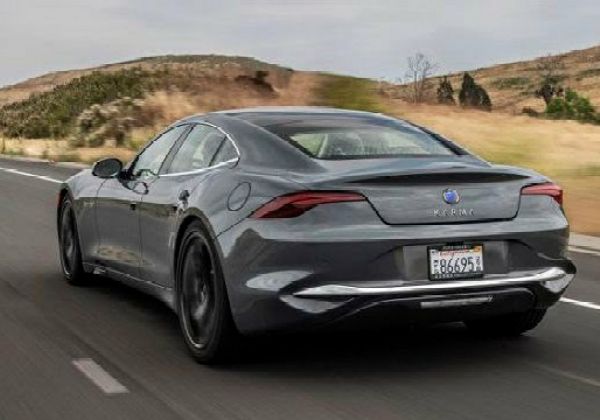 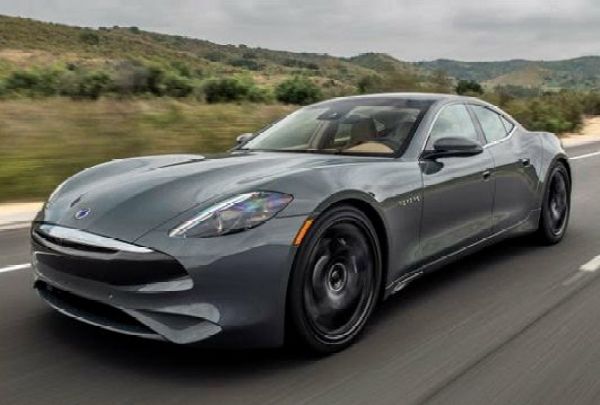 Karma Automotive has paddled its focus on developing plug-in hybrid and electric cars since it was born from the ashes of Fisker in 2014. It’s still planning on releasing an electric sedan named GSe-6.

However, it announced that it’s in the early stages of designing a powertrain that will allow it to create a vehicle powered by the hydrogen they produce.

This technology sounds complicated, and it’s certainly not a walk in the park. Meanwhile, it’s simpler than embedding an oil refinery into a premium compact crossover.

In order to make it a reality, Karma has joined forces with Denmark-based Blue World. In a nutshell, the system is built around a methanol fuel cell that can be filled about as quickly as a standard gasoline tank.

The chemical then goes through a methanol reformer that turns it into hydrogen, which is subsequently used to generate the electricity that turns the car’s wheels.

Both parties noted that methanol is a hydrogen carrier. Neither revealed the transformation’s byproduct, however.

BMW, Toyota, and Hyundai are among the companies are also investing millions of development dollars into hydrogen-powered vehicles. However, they’re all leaving methanol out of the equation.

Karma explained it’s adding this extra step because the fuel is already traded worldwide, and it can be stored and distributed using the existing infrastructure in many countries. And, methanol, also known as wood alcohol, can be produced using renewable sources. 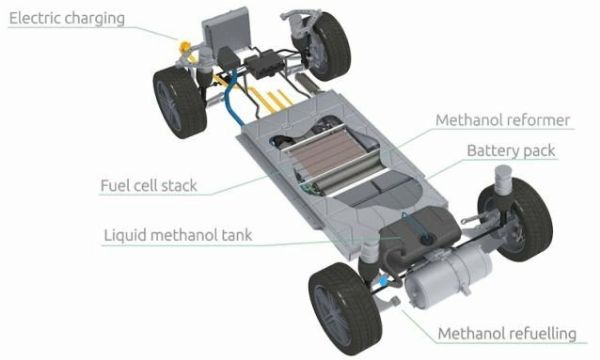 Karma and Blue World Technologies plan to install their methanol-powered drivetrain. This would be in a fleet of GSe-6 sedans before the end of 2021.

Testing will take place in the United States and in Denmark. What’s happens after that largely depends on whether the testing phase goes smoothly.

If everything works, the two partners will likely nudge the system toward production. Though, the parties don’t know how much it will cost to fine-tune or build.