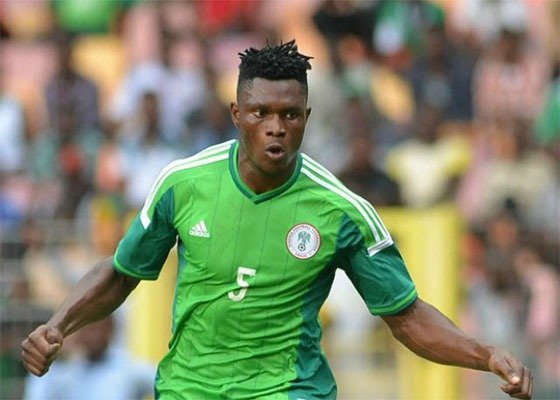 Super Eagles striker Aaron Samuel showcases his gold-painted Bentley Continental GT coupe. The ₦50m Bentley came as a surprise to his followers on Instagram as he posted on his page.

The 25-year-old striker had his name customised on the vehicle with “ARON 99” clearly written. The Bentley Continental GT coupe that Aaron displayed is a 2014 model version that uses a 6.0 W12 engine that outputs 567hp. An 8-speed automatic with all-wheel-drive comes as standard in this model.

The Rivers State-born Nigerian international ply his trade in China with League One club Changchun Yatai. He joined the club on loan from 2nd division side Sichuan Longfor. Aaron has made 7 appearances for the Super Eagles scoring 2 goals.

He is known as an avid lover of exotic cars as he got himself a Mercedes-Benz G-Wagon as a gift for his season’s performance. 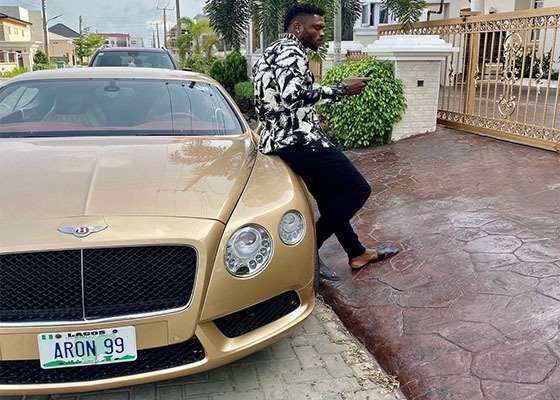 Singer Dimplez Aquires A Porsche Panamera As A Birthday Gift