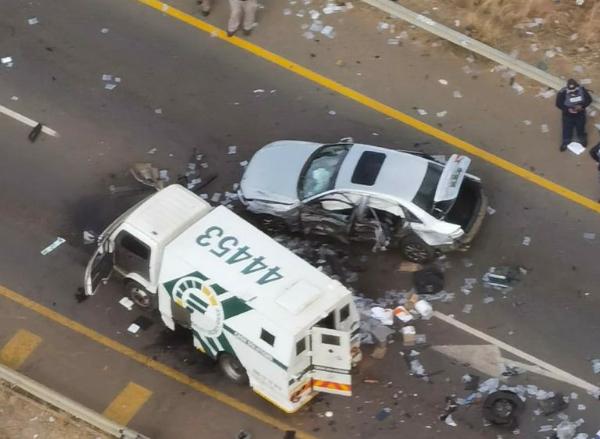 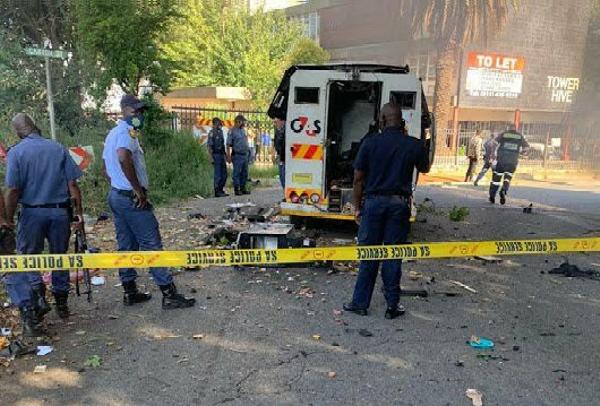 In addition to arrest, the swift response from Mooinooi police also resulted in the recovery of 12 firearms, ammunition, stained cash and four vehicles.

Police spokesperson Col Brenda Muridili confirmed the incident and the subsequent arrests. She said the suspects would appear in the Brits magistrate’s court within 48 hours of their arrest on charges of aggravated robbery and hijacking.

“It is reported that a cash van was forced off the road by an Audi sedan on the Majakaneng bridge. The suspects then allegedly forced open the vehicle” 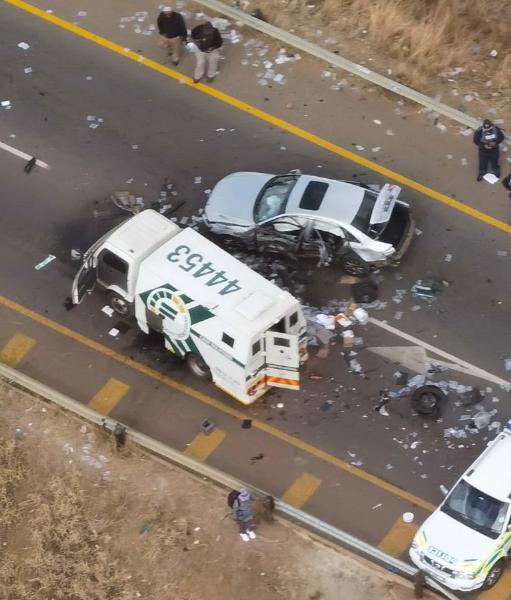 “While the suspects were accessing the money from the cash van, the escort vehicle driver engaged the suspects resulting in a shoot-out. No injuries were reported,” she said.

After the initial failed attempt, Muridili said the suspects subsequently hijacked a vehicle in the vicinity and fled the scene in an unknown number of vehicles. She added that the suspects took with them an undisclosed amount of money as well as two firearms taken from the security guards.

Muridili said the hijacked vehicle and a white BMW vehicle were later found abandoned just after the Makolokwe turn-off on the R556 Sun City road.

“The station immediately implemented the 72-hour activation plan where all the necessary resources were mobilised. A team comprising of members from Public Order Police, Boitekong Visible Policing, Operational Command Centre and Mounted Unit embarked on a manhunt for the perpetrators,” she said.

Within hours after the cash-in-transit robbery took place, the team managed to locate and arrest 10 suspects. The police also confiscated a Lexus, an Audi, a Volkswagen Caravelle and Hyundai minibus.

The Police also found stained cash as well as six rifles, six pistols and ammunition, according to the police Spokesperson.