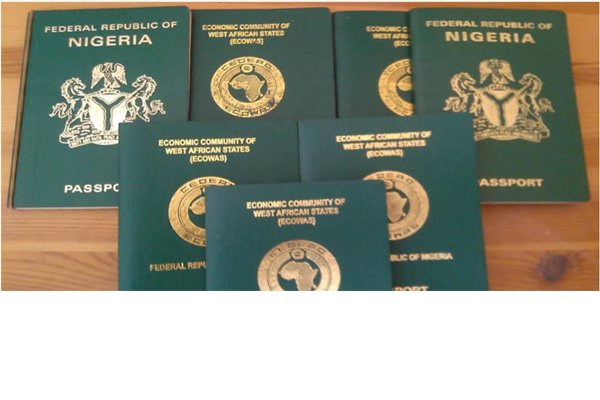 The Nigerian international passport will now be produced in Nigeria.

This was revealed after the federal government signed a memorandum of understanding (MoU) with Iris Smart Technology Limited, an indigenous company, and Nigerian Security Printing and Minting Plc at the Ministry of Interior in Abuja.

The MoU will see that the Nigerian international passport will be produced locally.

At the event to sign the MoU, the minister of interior , Abdulrahman Dambazau, revealed that the process that led to the signing of the MoU began two years ago.

Listing the advantages of Nigeria producing the e-passport Dambazau said it would protect the country’s our data base, create employment and allow Nigerians acquire skills in passport production.

“We must ensure that we provide Nigerians with the best quality passport booklet because that is what Nigerians deserve,” he said on Tuesday.

On his part, Mohammed Babandede, immigration comptroller-general, thanked the minister for ensuring that domestication of production of the passport was achieved.

Babandede stated that the first copy to be produced would be tested to ensure that it had the desired quality.

Abbas Masanawa, managing director, Nigerian Security Printing and Minting Plc, assured that they would not disappoint Nigerians, adding that they would produce the passport that would compete with passports in the world.

The federal government recently introduced the e-passport, which will be available from March.

See How APCON Has Taken Up The Responsibility Of LASAA (PHOTOS)