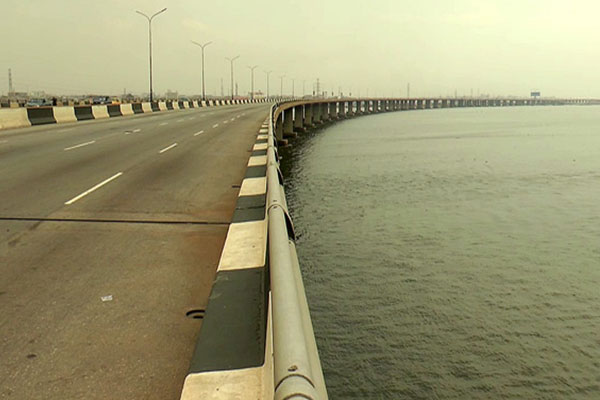 The Federal Controller of Works in Lagos, Mr Olukayode Popoola Sunday said the Third Mainland Bridge will no longer be opened on Monday but at the end of February. FG

Popoola told the News Agency of Nigeria (NAN) on telephone that the bridge would experience one more total closure from Feb. 19 to 21 before completion of the project for the final re-opening by the end of February.

“Lane markings on the completed section must be completed,’’ he said. “The Federal Ministry of works and Housing regret the inconveniences the extra days may have caused the Lagosians,’’ he said. Popoola explained that the bridge would be totally shutdown from midnight on Feb. 19 to 21st to cast concrete on the last expansion joint.

He said that the concrete would require between three to four days to set. This would be before the final preparations to finally re-open the entire bridge to traffic.

These processes he said could drag to the end of February when the highway would eventually be opened up. “We are looking at the end of the month for the reopening of the bridge. That is, end of this February. He said that work was soon to begin on the casting of the last expansion joint on the bridge before the bridge finally reopens to traffic.

“They will cast concrete on the last expansion joint next week end. We are not allowed to cast during the week so that the traffic will not be too much for people going to work.

“They will cast next weekend and after casting, we need about three or four days to do post-tensioning. That is why we are looking at end of February completion.

“Casting will be done next weekend for the last expansion joint. It will require total closure of the bridge next weekend just to prevent vibration.

“So if we close the bridge Friday night, then we cast on Saturday by Sunday we will open it. That will be the last total closure to fix the last expansion joint,’’ he said,’’ he told NAN.

NAN reports that the Third Mainland Bridge in Lagos, which was going through series of repairs, had to be partially shut on July 24 for another round of rehabilitation works. Traffic was partially diverted on a stretch of 3.5km where construction is ongoing between Adeniji Adeniji Ramp and Ebute Meta, while different time belts were allotted for traffic diversions on the bridge.

The 11.8km bridge is the longest of the three bridges connecting Lagos Island to the Mainland. The bridge starts from Oworonshoki, which is linked to the Apapa-Oshodi Expressway and the Lagos-Ibadan Expressway and ends at the Adeniji Adele Interchange on Lagos Island. Constructed in 1990, the bridge was adjudged as the longest in Africa until 1996 when the Oct. 6 Bridge in Cairo, Egypt was completed. (NAN)