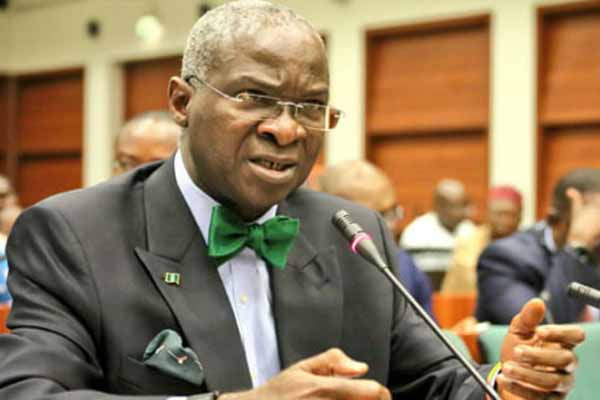 The Minister of Works and Housing, Babatunde Fashola, has said that the additional work continuing underneath the Third Mainland Bridge in Lagos was critical in preserving the infrastructure.

The minister, who disclosed this in an interview with the News Agency of Nigeria (NAN) on Sunday in Abuja, pointed out that the work would last for several months.

It could be recalled that the bridge was reopened on Feb. 28 after undergoing rehabilitation since 2019.

Fashola emphasised that work would continue on the substructure in spite of reopening the bridge to traffic.

“We have finished the super structure work that is the pavement that you drive on, we have changed the bearings and the expansion joints and we are now working on the substructure.

“Work is still going on under the bridge even though people are now driving and thinking we have finished.

“We have finished the top, people can move; we don’t need to close the bridge.

“Some of the concrete have been damaged; some of the reinforcement, the steel is showing some of the places where water splashes there is erosion so we are working there now.

“We are going to be there for many months to ensure we preserve the life of that infrastructure because we can’t afford to build a new one,’’ Fashola said.

NAN reports that the Third Mainland Bridge in Lagos was partially closed on July 24, 2020 for another round of rehabilitation works.

The repair expected to last six months was extended by one month due to the EndSARS protests in Lagos which led to the extension of the completion date from January to February.

The 11.8km bridge is the longest of the three bridges connecting Lagos Island to the Mainland.

The bridge starts from Oworonshoki which is linked to the Apapa-Oshodi Expressway and the Lagos-Ibadan Expressway and ends at the Adeniji Adele Interchange on Lagos Island.

Constructed in 1990, the bridge was adjudged as the longest in Africa until 1996 when the Oct. 6 Bridge in Cairo, Egypt was completed. (NAN)