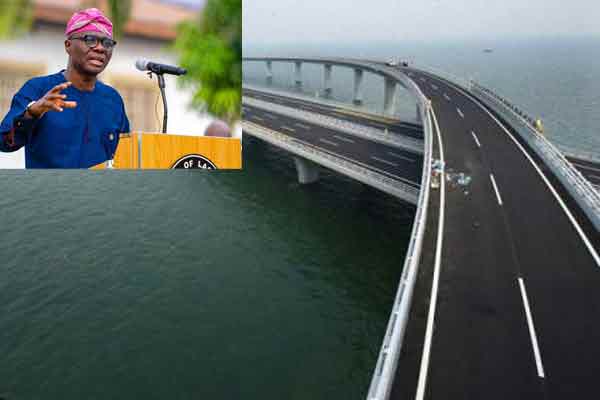 Lagos State Governor, Bababjide Sanwo-Olu, has said the construction of the proposed Fourth Mainland Bridge, will kick off in December, 2021.

Recall that the construction of the bridge is estimated to gulp $2.5 billion after it was reviewed upward from $2.2 billion.

The 4th Mainland Bridge is a proposed 38-kilometer long bridge initiative by the Lagos State Government, connecting Lagos Island by way of Lekki, Langbasa, and Baiyeku towns and across Lagos Lagoon to Itamaga in Ikorodu part.

On completion of the project is expected to become the longest bridge in Africa. Sanwo-Olu, disclosed this on Thursday, in his address tagged: “Sanwo-Olu: 731 Days and Beyond, the state of the state address, and the glimpse of the greater Lagos,” at grand-finale of a month’s long activities commemorating the second year anniversary of his administration in the state, held at Lagos House, Alausa, Ikeja.

The governor said his administration has delivered on his campaign promises in his T.H.E.M.E.S agenda of making Lagos a smart city areas such as transportation, health, education, environment, security, among others.

Speaking on the proposed construction of the Fourth Mainland Bridge, Sanwo-Olu said the contract is at the final stage of completion as all arrangements set for implementation.

According to him: “We, therefore, believe that the construction of the 37km 4th Mainland Bridge will significantly change the face of transportation and movement in Lagos State.

“The ground-breaking for the construction and building of the Bridge will happen before the end of this year. Our PPP concessionaires appear committed as they enter the final stage of the qualification process.

“All necessary funding has been secured by our partners. The governor added that one of the future plans include: Oko-Oloyun and Idowu-Egba wooden bridges which link LASU Iba Road, Igando to Ayobo area in Alimosho local government area. Speaking on the theme, ‘A Glimpse into the future,’ Sanwo-Olu stated that Lagosians should be with his administration over the ongoing construction projects all over the State, saying he is aware of some discomfort being experienced. The Governor said,

“Lagos is 0.4 per cent of Nigeria’s total landmass, with a population of 22 million, representing about 10 per cent of the country’s total population. Looking at the interaction between these figures, one will notice an obvious disproportion between population size and habitation space. 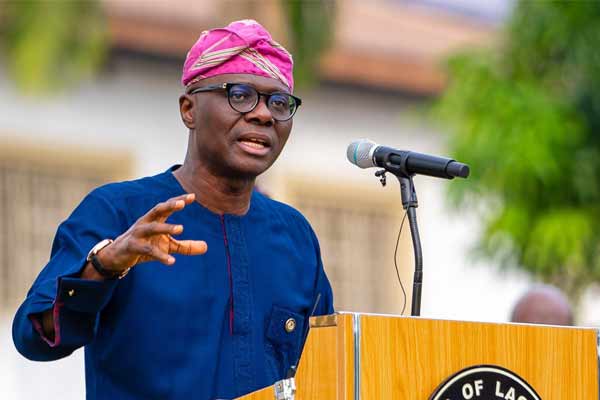 “This, among other reasons, explains the perennial congestion on Lagos roads and across the State. As a government, we have undertaken several innovative means of ensuring that citizens’ travel experiences are palatable.”

On the integrated mass transit system, Sanwo-Olu said, “From this day on, we are certainly heading in the direction that our city will become so connected by an Integrated Mass Transit System that a trip to the farthest part of the state will be reduced by half of the current travel time.

“We are focused on activating an intermodal transport system that gives Lagosians the options of commuting by Water, Road, and Rail. “We are completing our intermodal bus terminals at Ajah, Abule Egba, Iju, Ojota and Anthony Village.

“This administration has raised funding for the completion of Phase 1 of the 27km Blue Line Rail Project traversing Okokomaiko to Marina, with a daily passenger capacity of 500,000.

“We flagged off the construction of the 37.5km Rail Mass Transit Red Line from Agbado to Marina. The rail corridor will move 1 million passengers daily when operating at full-capacity. The rail has 8 stations and 8 vehicle overpasses.

“We expect to see the first passenger movement on this rail transportation before the end of this administration.

“Since the beginning of this administration, we have consciously promoted water transportation as one of our intermodal commuting options available to our citizens. We are currently fifteen jetties, invested in passenger boats for the Lagos State Waterways Authority (LASWA), and built on-water satellite monitoring station for passengers’ safety in emergency situations”.

On Bus Reform Initiative, he said, “Our plan in the Bus Reform Initiative is to increase the First and Last Mile (FLM) Scheme to a fleet of 5,000 in the next 1 year. We also plan to introduce Lagos Ride under our Taxi Scheme. This will witness an initial injection of 1000 cars.

Tesla To Do Away With Radar Sensors For Its Autopilot, Shifts To Camera Based Feature