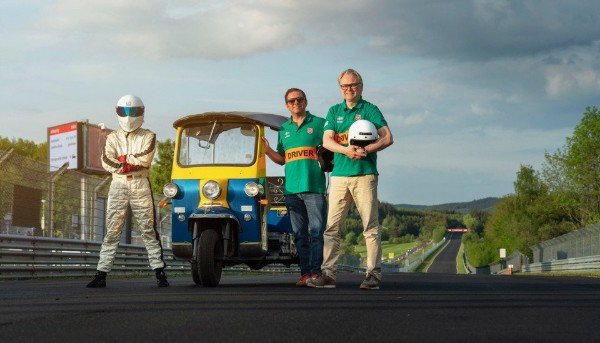 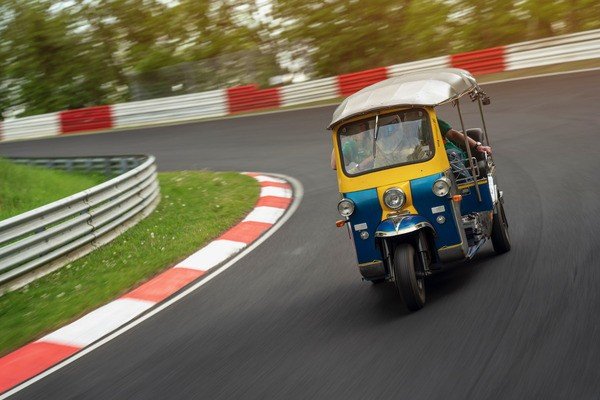 A Thai made Tuk-Tuk tricycle, popularly known as Keke Napep in Nigeria, has sets a new lap record at 12.9-mile Nordschleife Nurburgring racetrack in Germany .

With the racing driver dressed in white and two passengers in the rear, the tricycle set a best time of 31 minutes and 49.46 seconds to tackle arguably the world’s most fearsome racetrack. 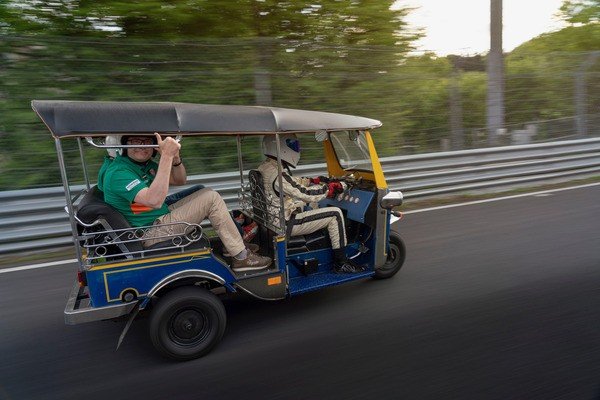 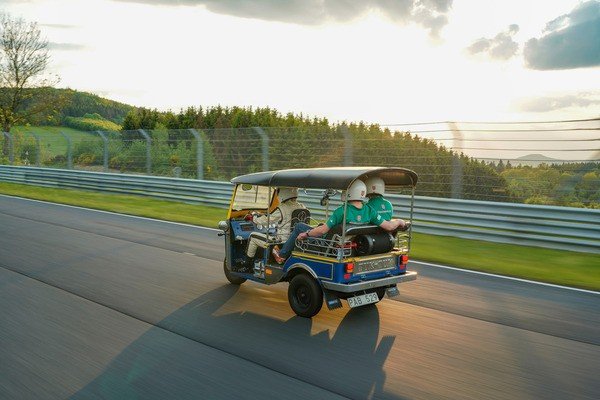 This isn’t the teams first attempt to set a record at the Nurburgring .The team tried to set a record last year but the petrol-powered automotive rickshaw broke down along the way . 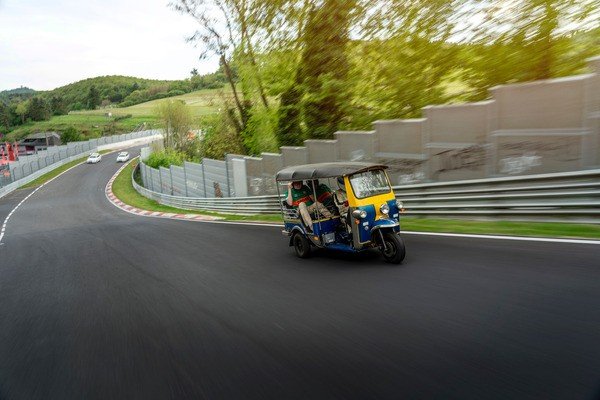 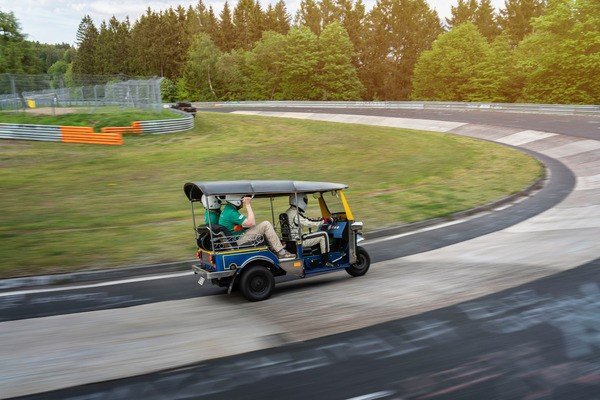