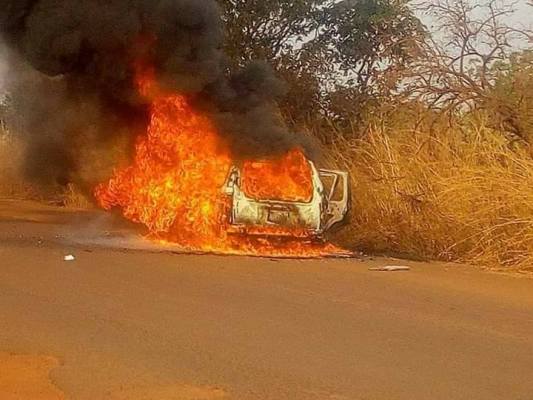 Car Fire is something that can cause serious damage. Be it a house or an automobile. Sometimes car fire starts up, but by the time one can realize it, it often is too late.

Automobiles are very prone to fire. They have a lot of electricals and fluids in them and even components used to build a car can be a cause or be prone to fire.

However, understanding the causes of a car fire can help you prevent them from occurring in many instances.

1) Fuel System Leaks
Rotted fuel lines leak petrol or diesel fuel onto hot engine parts,and leaks in the fuel system are the most common cause of vehicle fires. Petrol at a temperature of just 45 degrees Fahrenheit(7.2 degrees Celsius)or above can quickly catch fire from a simple spark. It happens all the time in a running car, after all, but it’s contained by the engine. And petrol that reaches 495 degrees Fahrenheit(257.2 degrees Celsius)will ignite by itself.

2) Electrical System Failures
The battery’s charging cycles can cause explosive hydrogen gas to build up in the engine bay, and the electrical current the battery provides along with faulty or loose wiring can produce sparks that can quickly ignite a fluid drip or leaked petrol vapors. Also electrical wiring runs throughout the entire car; through channels,into doors, under the carpet and through powered and heated seats, just to name a few places where a stray, unnoticed frayed wire could cause havoc.

3) Spilled Fluids
Flammable and highly dangerous fluids under the bonnet such as petrol or diesel fuel are circulating when the car is on, and they can catch fire easily if their lines, hoses or reservoirs take a hit. Factors, such as car crash or a failed part, can also start a fire in the bonnet, where all of these dangerous liquids are concentrated. 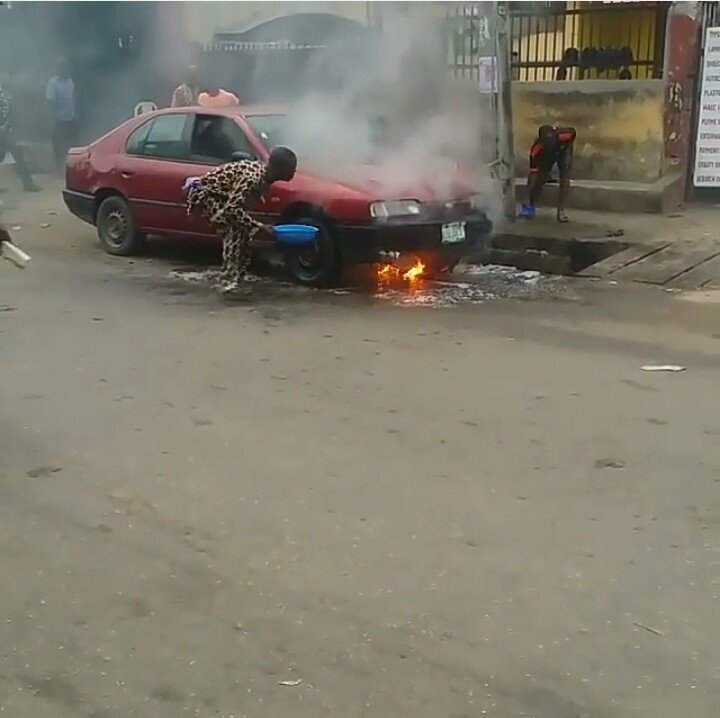 4) Overheating Engines
An engine can overheat and make the internal fluids, like oil and coolant rise to dangerous temperatures and begin to spill out of their designated areas of circulation. When this happens, they drip, drizzle and spurt throughout the engine bay and onto the exhaust system,landing on other hot parts, where they can easily ignite and spread.
An overheating engine requires mechanical attention.It may be a leaky seal or gasket, or the radiator isn’t working properly. A constant overheating is not a symptom to ignore.

5) Overheating Catalytic Converters
An overworked(or clogged)catalytic converter can easily go from its normal operating temperature range of about 1,200 to 1,600 degrees Fahrenheit(648.9 to 871.1 degrees Celsius)to up over 2,000 degrees Fahrenheit (1,093.3 degrees Celsius). This causes long-term damage not only to the car itself but to the car’s surrounding parts. If the catalytic converter gets hot enough, it could ignite the cabin insulation and carpeting right through the heat shields and metal floor pan.

6) Hybrid and Electric Vehicle Batteries
People have always had concerns about hybrid and electric car battery packs, and there are new potential risks with each new design.
Tesla Model S traveling at high speeds hit a piece of debris that punctured the car’s battery, and the battery behaved like any other battery would: it ignited. A similar thing happened to Chevy Volt which caught fire during impact testing. It was observed that in most of these cases,leaking coolant interacted with the damaged batteries to spark the blaze.

7) Car Crashes
Depending on the impact site, a car crash can even spark a car fire. Large impacts are likely to cause fluid leaks and spillage, as well as heat and smoke. And, as popularly confirmed create perfect conditions for a fire. It’s always best to get away from a damaged car as soon as possible. Consider yourself lucky if you’re not trapped inside a crashed vehicle. Even if it does go up in flames, at least you’re a safe distance away.

8) Poor Maintenance
Forgetting or neglecting to properly maintain your car can indirectly lead to a car fire. That’s because if you let broken parts, leaky seals, or faulty wiring go without repairs, it’ll make your car a lot more hospitable to the conditions that cause a fire. An engine with a bad gasket is more likely to drip hazardous and flammable fluids. Frayed wiring is more likely to spark and make contact with flammable materials.

9) Design Flaws
Like all car fire, a design flaw is only the first step leading to a fire. Not all design flaws result in a fire, but any number of problems can make a fire a lot more likely. It’s worth noting that every major and minor auto manufacturer such as
BMW, VW, and Ford has recalled a vehicle due to a fire hazard.

10) Smoking In The Vehicle
Might not sound very dangerous but try dropping a lit matchstick or a cigarette butt on the seat without your knowledge, you would end up having another smoke because of the tension and dismay that your previous cigarette has left your car in a big ball of fire! A sensible way around this is to pull over, get out of the car and then smoke.

Have you ever experienced a car fire incident? Tell us about it in the comment section below. 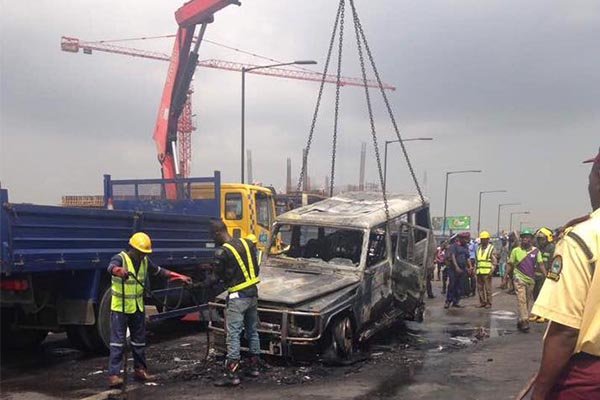 How To Apply, Top-up And Check Balance Of Lekki-Ikoyi Tollgate E-Payment Service