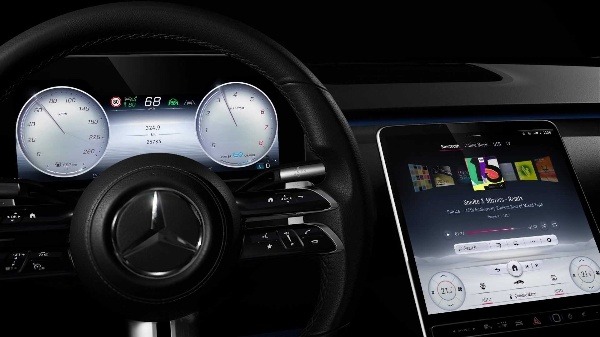 Check out the massive 12.8-inch touchscreen that will arrive in the 2021 Mercedes S-Class luxury sedan scheduled for unveiling in September 2020. 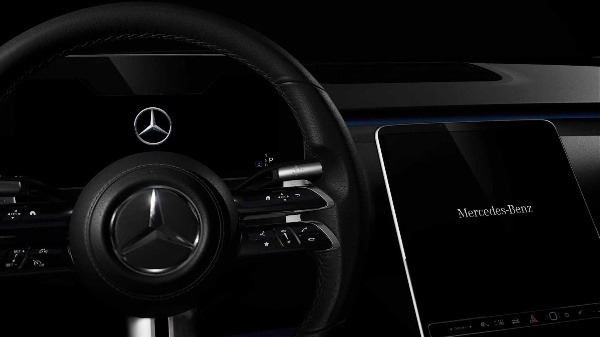 Daimler Mercedes’ has revealed the all-new second-generation MBUX infotainment system that will arrive in the upcoming 2021 S-Class luxury sedan.

Every S-Class sedan, scheduled to be unveiled in September 2020, will come with the massive 12. 8-inch OLED screen with haptic feedback that rises up from the center console. 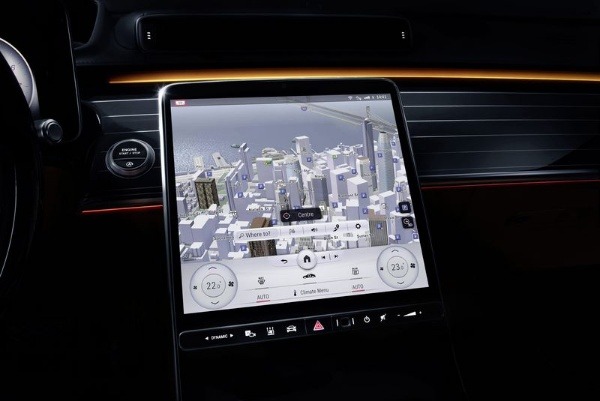 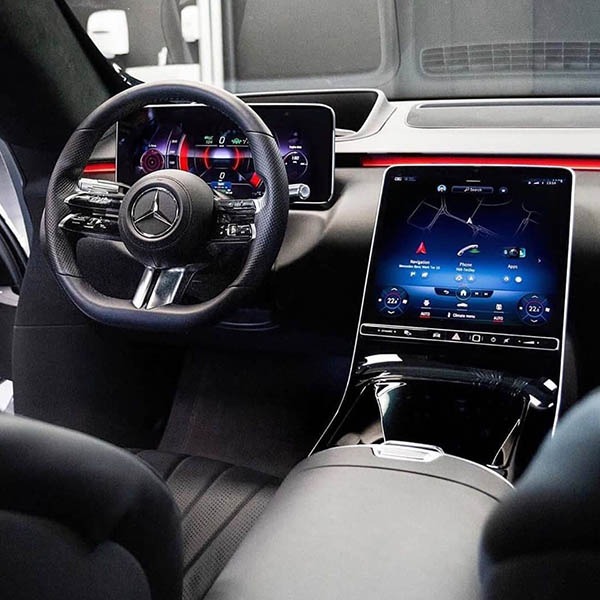 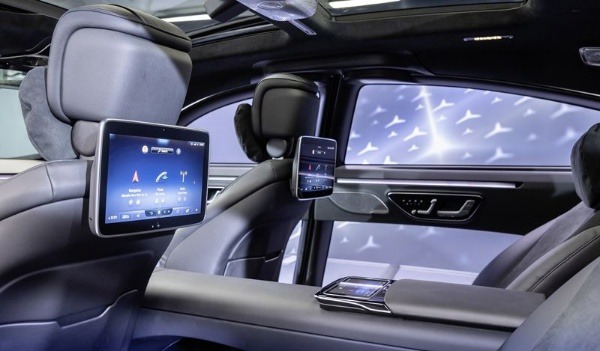 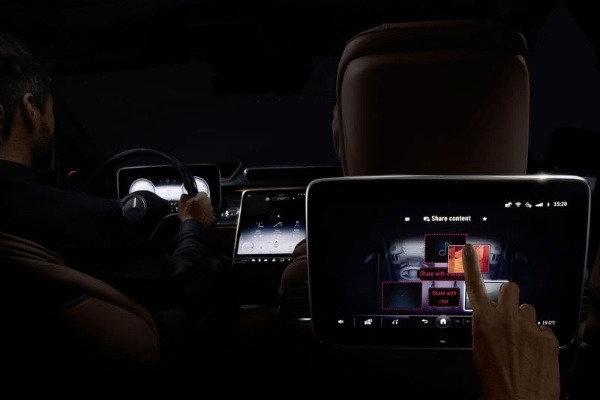 In addition, customers will have the option of adding up to three additional screens for backseat passengers. 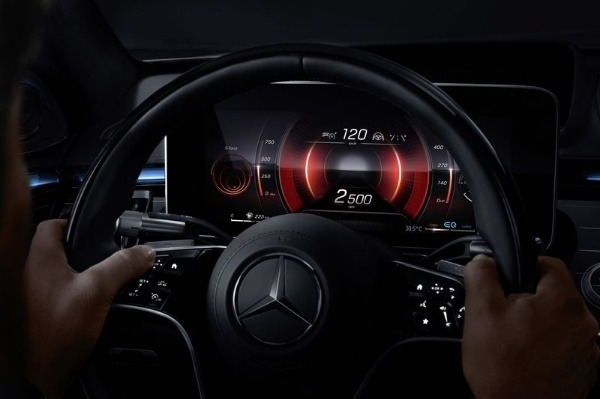 There will be up to 5 screens available in the upcoming Mercedes S-Class luxury sedan : a fully digital instrument cluster, the 12.8-inch touchscreen infotainment system, and as many as three rear displays.

This teaser is the first of a three-part campaign for the new Mercedes-Benz S-Class ahead of its world premiere in September. 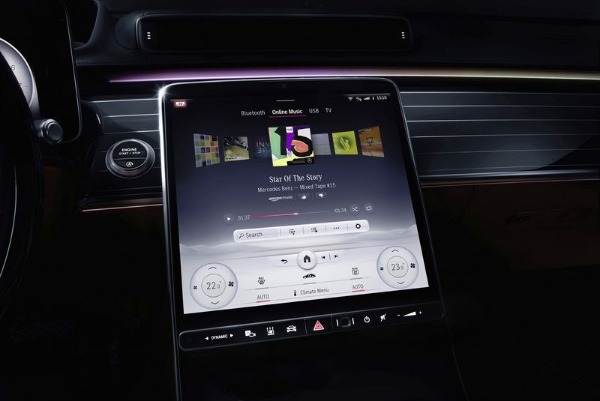 The second Episode, which will provide details about safety and comfort, will be aired on July 29.

The third and final episode will be aired on August 12 and will focus on the luxurious interiors of the revamped sedan.

Lamborghini Sian Roadster Launched And All Has Been Sold (Photos)