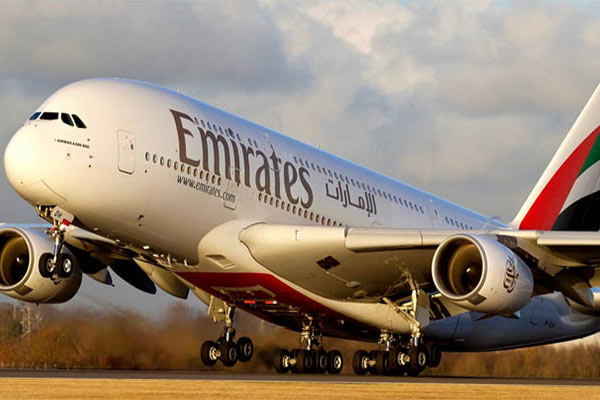 Tourists traveling between Tel Aviv and Dubai have ended up stranded in the UAE due to security flight dispute.

Due to the security dispute, the number of flights fell to just a couple of flights per day in each direction.

In recent weeks, tourists have continued to report sudden cancellations and delays, often with little to no warning before the day of their scheduled flight.

Tourists traveling between Tel Aviv and Dubai have ended up stranded in the United Arab Emirates, scrambling to make last-minute contingency plans, as flights continue to be suddenly canceled with little warning amid a seemingly continuing security dispute between Israeli and Emirati authorities.

Earlier this year, flights between Israel and Dubai began experiencing delays and cancellations, with the Shin Bet (Israel Security Agency) later announcing that these were being caused by a dispute between Israeli and Emirati authorities concerning security arrangements for the flights. The situation escalated to the point of Israeli flight routes to Dubai being at threat of complete cancellation at the beginning of March.

On March 4, the Shin Bet announced that it had resolved the dispute and that flights would return to fly on a “regular and consistent basis” as they had before the dispute began.

Despite the announcement by the Shin Bet, in recent weeks tourists have continued to report sudden cancellations and delays, often with little to no warning before the day of their scheduled flight.

The ongoing crisis has led to tourists having to suddenly book a longer stay or new rooms at hotels and for travelers who keep kosher to have to make additional food arrangements with little notice, adding significant and unexpected additional costs to their trips.

Israeli airlines are secured by Israeli security officers both in Tel Aviv and in the airports they travel to and from in other countries.

A source in the tourism industry told The Jerusalem Post that in original understandings reached between Israeli and Emirati authorities, dozens of flights by Israeli airlines were approved to fly per week between Dubai and Tel Aviv.

However, due to the security dispute, that number fell to just a couple of flights per day in each direction, with El Al getting one flight, Israir getting another and Arkia getting the last one.

While the Shin Bet’s announcement claimed that the dispute had been resolved and flights could return to their normal schedule, the source in the tourism industry stated the number of visas approved for security workers only rose slightly and remained relatively low, forcing airlines to continue to cancel flights.

Since the airlines also sometimes do not know until the day of departure whether their flight will be canceled or leave on time, flights may not get canceled until the last moment, leaving tourists who had thought it was safe to fly stranded and suddenly needing to arrange hotel and food plans on extremely short notice.

Ford Patents New Hydrogen Combustion Engine To Save The V8