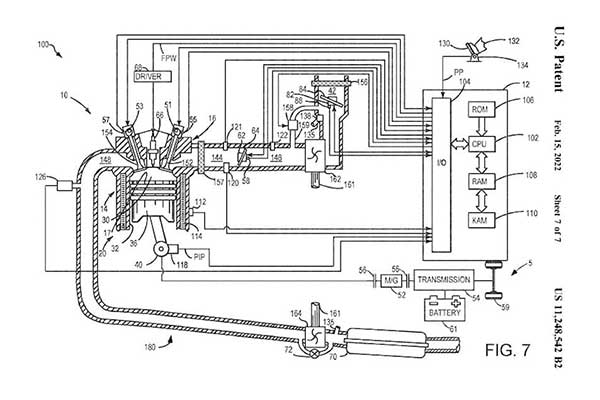 Patent documents reveal Ford is experimenting with hydrogen combustion engines. Not to be confused with fuel cell powertrains, the patent is for a conventional internal-combustion engine that would simply burn hydrogen in place of gasoline or diesel, a process that would result in zero harmful emissions.

The patent documents filed with the USPTO were first discovered by Muscle Cars & Trucks. In it, Ford describes a turbocharged combustion engine running on hydrogen, capable of running in various states and combustion air ratios. This system would create leaner operating ratios than a traditional gasoline engine, mitigating some of the detonation risks associated with hydrogen as a fuel.

To put it simply, hydrogen likes to explode, therefore, controlling when it explodes is very important. If the engine isn’t receiving the correct mixture of air to fuel, the fuel can detonate early, which causes engine knock, power loss, and possible damage.

Hydrogen combustion engines are nothing new. In the early 2000s, BMW produced the Hydrogen 7, a 7-Series sedan with a hydrogen-powered V-12. More recently, Toyota and Yamaha partnered on the development of a hydrogen racing engine for the Japanese Super Taikyu series. The two companies plan to follow that up with a hydrogen V-8 based on the 5.0-litre unit from the Lexus RC F. 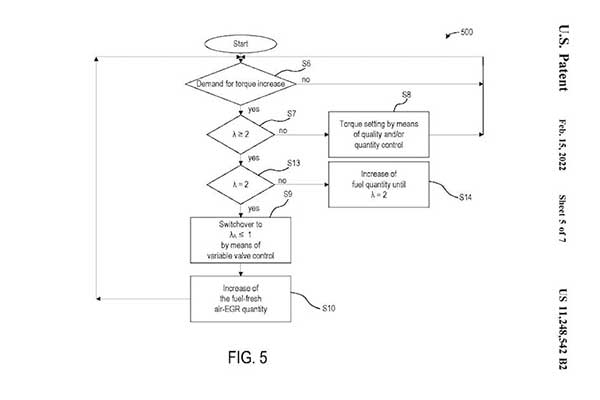 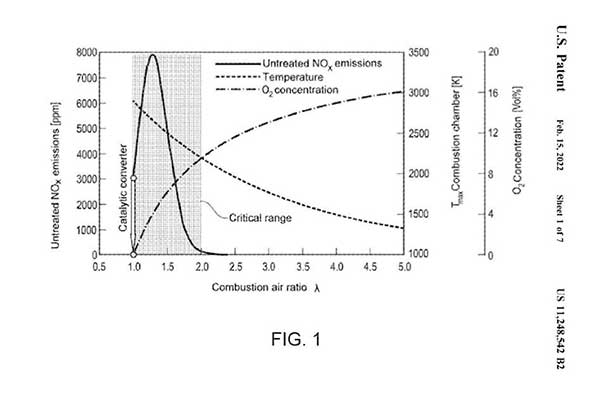 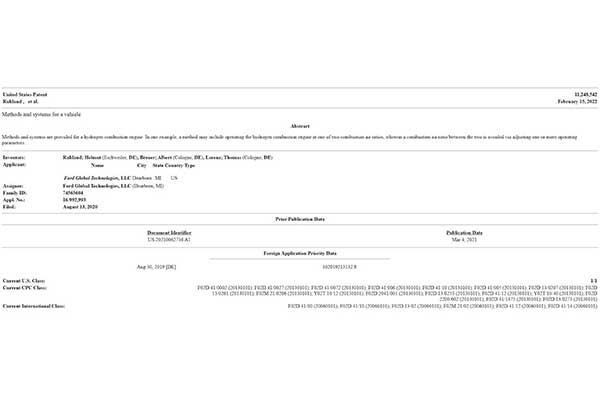 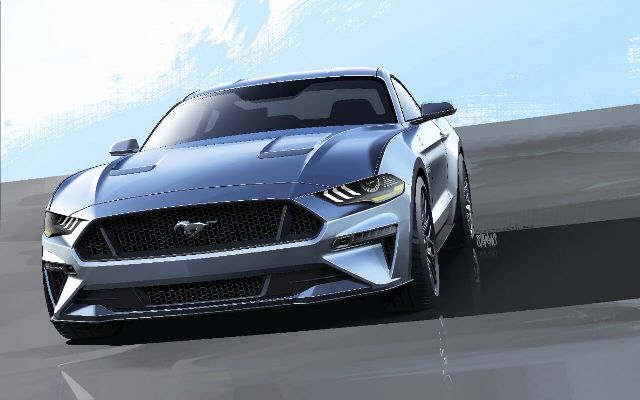