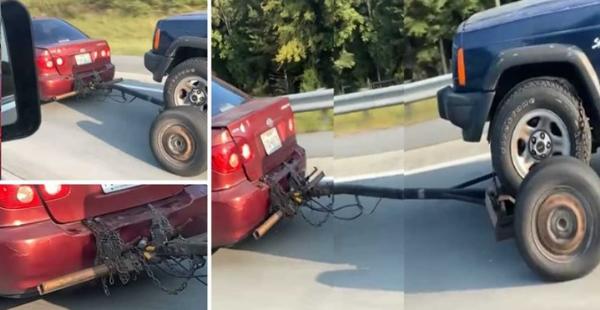 Toyota Corolla seen towing a Jeep Cherokee SUV, see why it wrong to exceed the towing capacity of your car. 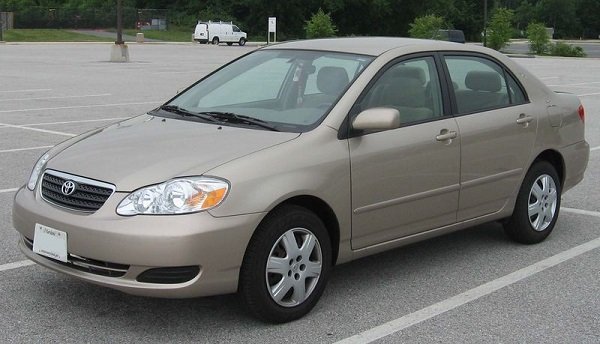 The compact car, now in its 12th generation and primarily offered now as a four-door sedan, is never designed to be used as a towing vehicle. 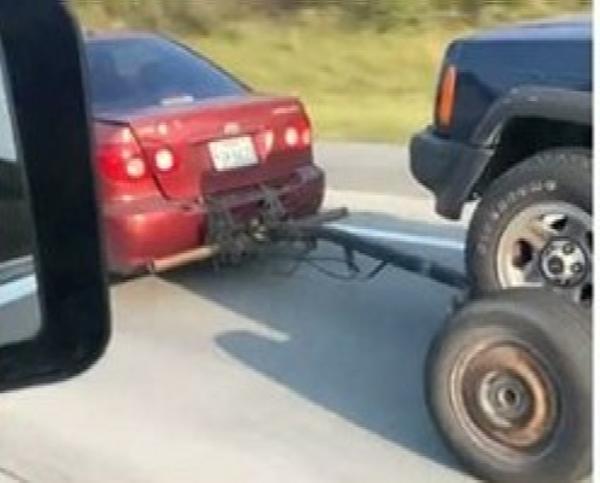 But this hasn’t stopped a Toyota Corolla owner from using the sedan to tow a Jeep Cherokee sports utility vehicle (SUV).

In a trending picture, the Corolla was fastened to a tow dolly through a wire chain. With the absence of a tow hitch on the sedan, the owner was forced to wrap the chain through the rear bumpers and probably through the chassis. 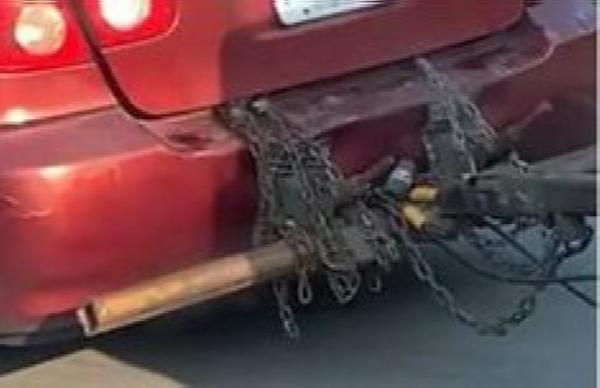 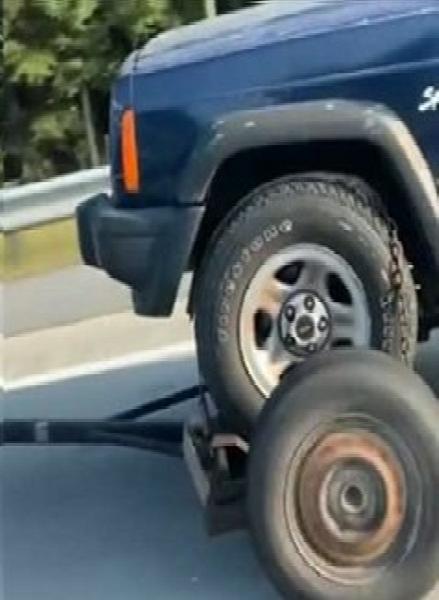 With a towing capacity of 680kg (1,500 pounds (lbs), using a Corolla to haul a Jeep Cherokee with a Curb weight of 1,499kg (3,305 lbs) will strain the engine and transmission. In addition, this may accelerate brake wear, damage your tyres and even warp your chassis.

Over time, this act could trigger catastrophic failure while driving, which may lead to accident as well as serious injuries.

Fuji Star Pasuma Slammed For Cursing His Fans While Showing Off His Latest Ride, Mercedes G-Wagon