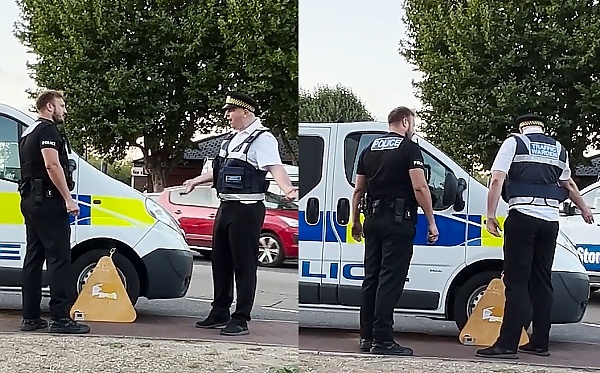 Traffic warden clamps a police van for wrong parking, an argument between the pair follows.

The police officer tries to convince the traffic warden to remove the clamp from the police van’s wheel.

Traffic warden says “Why am I going to take this off when you’re on a double yellow line?”.

But the exchange was recorded and published by a well-known online prankster called Jarvo 69. 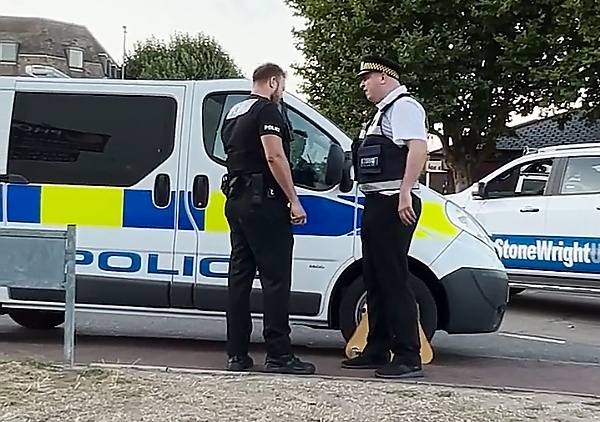 A video showing a traffic warden clamping the wheel of a police van and arguing with the officer in charge is currently trending online with so many shares and views.

The clip begins with the traffic warden fastening a clamp on the wheel of the police van reportedly parked outside a McDonald’s restaurant. 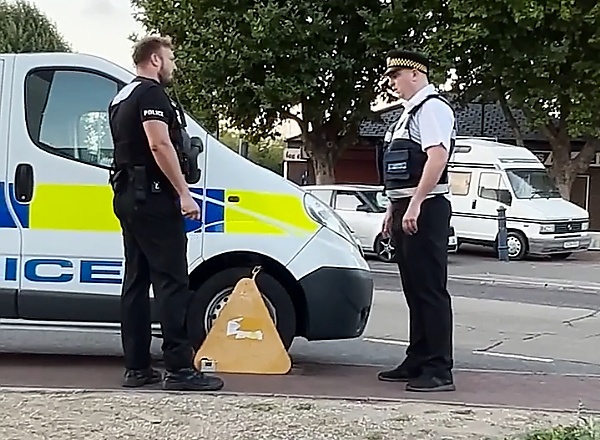 The officer in charge of the police van then comes into the scene and tries to convince the traffic warden to remove the clamp from the police van’s wheel. 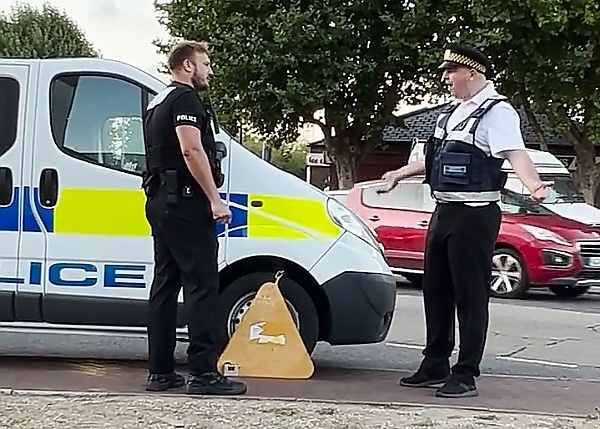 The warden can be seen screaming at the officer :

“Why am I going to take this off when you’re on a double yellow line?”. A heated exchange between the pair follows, with the traffic warden repeatedly shouting at the officer.

Many social media users appear to believe the exchange was legitimate, with one Facebook user, whose post has been shared more than 450 times, captioning the footage with : “Traffic warden clamps a police officer for wrong parking.” 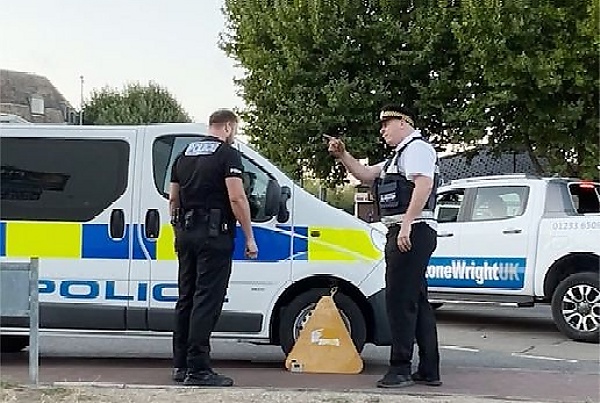 While the video looks so real, the exchange was recorded and published by a online prankster called Jarvo 69, who uploaded the video to his Facebook page.

Jarvo 69 captioned his video with :

“Thank you for watching this sketch, Jarvo 69 loves bringing you the best videos on the internet for your entertainment. Jarvo 69 channels brings you sporting pranks and scripted dramas… ”