23 people confirmed dead and 32 others injured after a trailer carrying cows and 55 people skidded and somersaulted in Niger State. 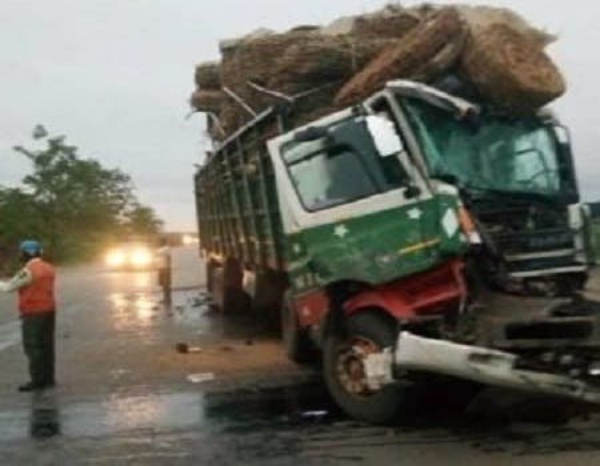 At least 23 people have been confirmed dead and 32 others injured in a lone trailer accident that occurred after the vehicle they were travelling in skidded and somersaulted in Niger State.

According to reports, the incident happened on Monday along the Makera-Mokwa road in Niger while the trailer was enroute Lagos.

The fully loaded trailer was said to be carrying cows; goats; agricultural produce and 45 persons to the southern part of the country.

The Commissioner of Police, Mr Adamu Usman, as well as the Sector Commander of the Federal Road Safety Corps in the state; Mr Joel Dagwa, confirmed the accident. 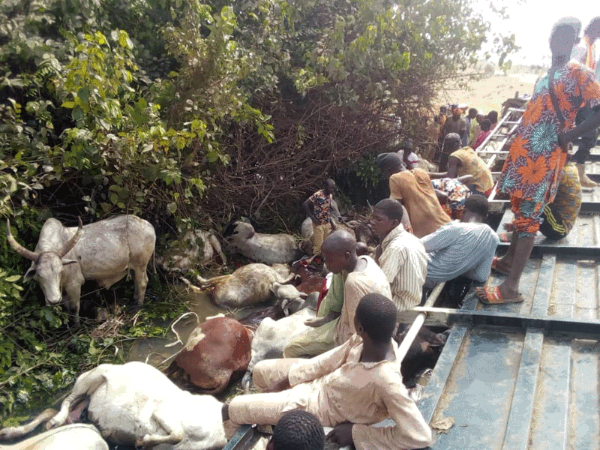 22 killed, 33 injured in Niger State after a trailer loaded with cows and 55 people somersaulted.

Usman explained that the the injured persons had been conveyed to the Mokwa General Hospital. He also said the deceased have also been deposited at the hospital’s morgue.

He noted that accident happened due to loss of control by the driver. Meanwhile, he lamented the failure of drivers to obey traffic rules and regulations.

The Sector Commander of FRSC further added that the accident involved “only a blue DAF trailer (95 Model)”.

Dagwa also blamed the accident on : “Speed Limit Violation and Loss Of Control”.