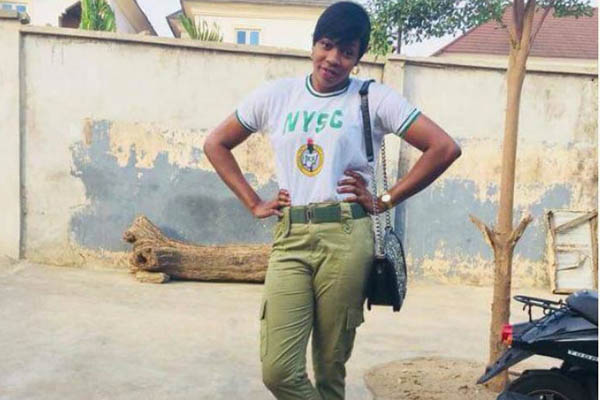 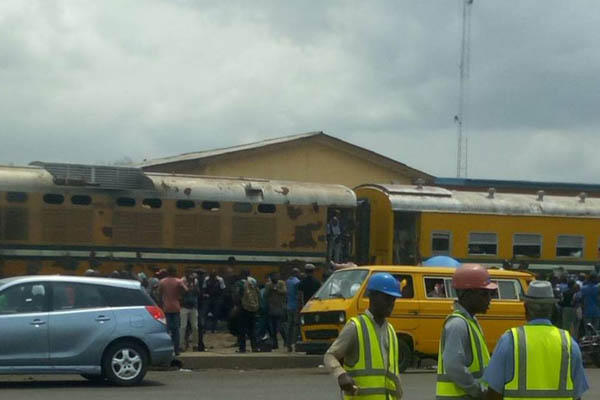 Earlier today in Lagos, a female youth corps member was hit by a passenger train. The accident occurred at the Ikeja-Along Bus Stop railway station in Ikeja, Lagos State.

The accident left one of her legs severely injured.

According to report, she was rushed to an hospital where she eventually passed on. Her identify is still unknown.

Hers is the second reported case of a train hitting or crushing someone within a week.  An unidentified young man was killed at by a train some days prior.

Indeed, these accidents are becoming too frequent.

And the big question is, don’t the victims of these train accidents hear the typically deafening sound of the train coming?

Train are also know to sound their horns repeatedly whenever they approach locations with high concentration of human activities.

Well, in the case of the female corper, it was reported that she had on a phone earpiece when she was hit by the train.

Still, another question that begs for answers: did she not feel the heavy vibration created by the train as it approached?

Perhaps, the authorities should come up with some strict regulations that would ensure that commuters do not cross the railway tracks.

Or perhaps, restrictions or fences should be constructed around railway tracks especially at area with heavy human movement.

This or other workable solutions have become very imperative, considering the high level of deaths being witnessed on our railway tracks.

“One-Way” Routes In Lagos: Is the Government & Road Authorities Using them to Defraud Motorists?