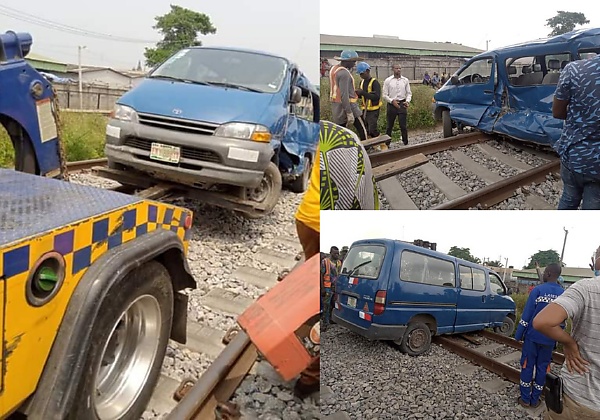 The incident occurred as the driver tried to beat a train at the railroad crossing in Lagos State.

The bus was recovered off the railway and was taken to Railway Police Station, Mushin. 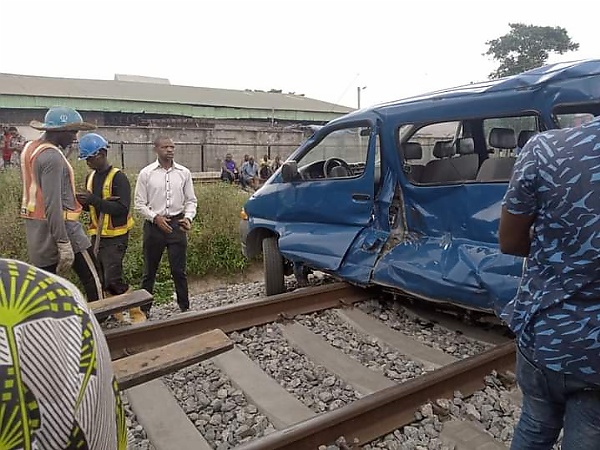 Two (2) adult males sustained injury in a car-train crash last week as the driver of a Toyota Hiace bus tried to beat a speeding train at a railroad crossing at Ilupeju bye-pass in Lagos.

The cause of the train crash was due to the reckless driving of the bus driver, according to a statement by Lagos State Emergency Management Agency (LASEMA). 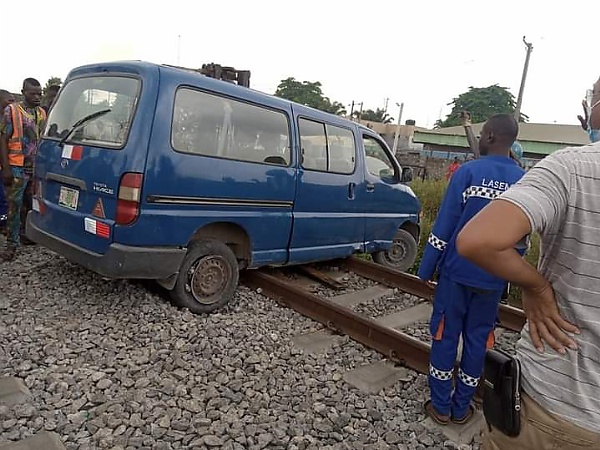 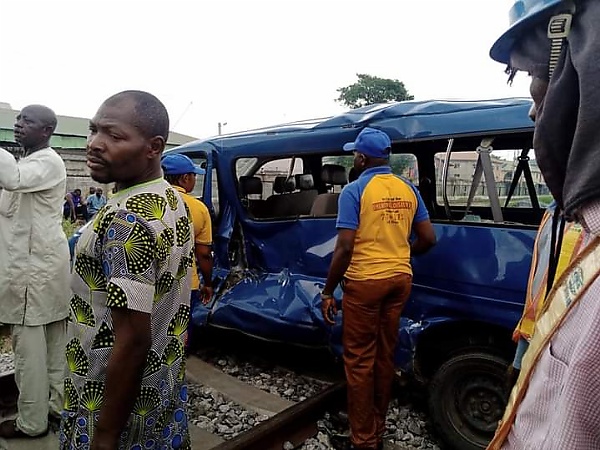 The timely response of LASEMA averted what could have led to loss of lives as the injured were administered first aid treatment before being taken to the General hospital for further medical attention.

“Upon the arrival of the Response Team at the scene, it was observed that a Toyota Hiace bus with registration number EKY 888 XW and a train had a collision at the aforementioned address. 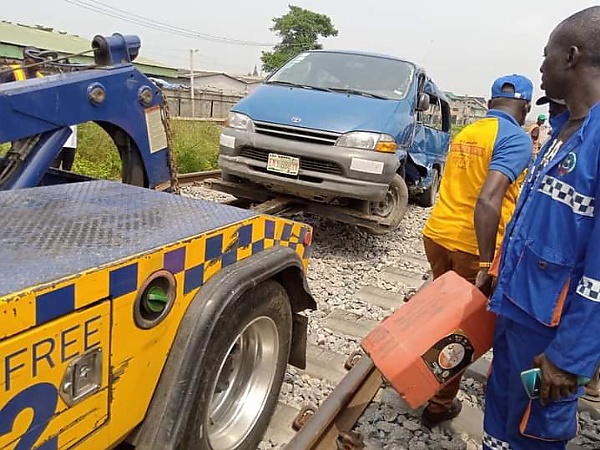 “The cause of the incident was due to the reckless driving of the bus driver.

“Further information gathered at the scene revealed that all vehicles were stopped at the railway crossing but the driver refused to obey the traffic officers at the scene thereby ramming into the moving train. 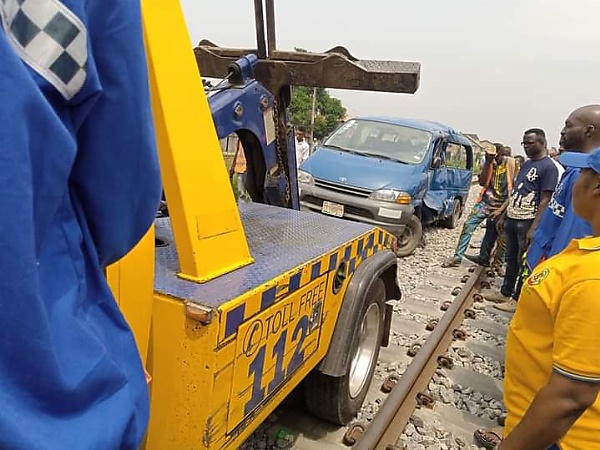 “The bus was recovered off the railway with the aid of the Agency’s light tow-truck and was taken to Railway Police Station, Mushin, thereby restoring the rail track to normalcy.