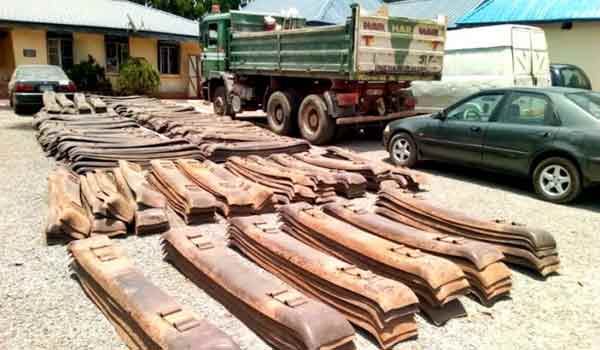 The Special Adviser to the Governor of Nasarawa State, Abdullahi Sule, on Infrastructure, Yusuf Abubakar Musa, has been arrested by the state Police Command for allegedly vandalising Nigerian Railway Corporation (NRC) facilities.

Others arrested include two police officers and one operative of the Nigeria Security and Civil Defence Corps (NSCDC), among others.

The state Commissioner of Police, Bola Longe, yesterday paraded the arrested Special Adviser alongside 16 other suspected vandals at the state command headquarters in Lafia.

This was even as the police command equally paraded eight suspected armed robbers, 37 kidnapers, and recovered five live ammunition, 12 motorcycles, three vehicles and N760,000 from the suspects during the operations.

Others arrested, according to him, were “Samuel Shagbaor, a staff of the NRC and the principal technical officer covering Agyaragu, Lafia and its suburbs; Umaru Dauda and Abubakar Nuhu, owners of the trailer who offered N160, 000 bribe to secure the release of the trailer; Nathaniel Oba, principal partner, Nathoba and co, a law chamber in Benin-city, Edo State, who is the legal adviser to Yong Xing Steel Company Nigeria Limited, who offered N600,000 to bribe the investigating team of the Police Anti-kidnapping Unit to secure the release of his client.” 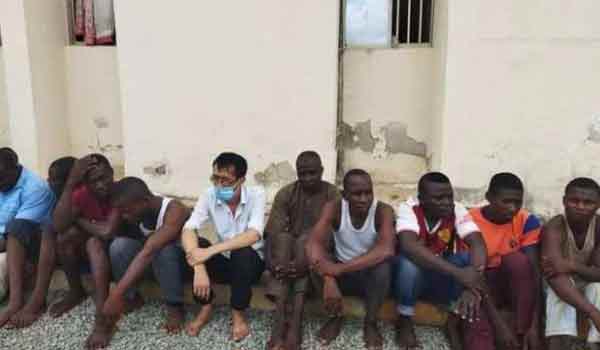 However, the state police commissioner gave names of the suspects arrested at the crime scenes to include Samuel Asoloko, a personnel of the Nigerian Legion; Inspector Richard Joseph, who is attached to the State Criminal Investigation Department (SCID) in Lafia; Sergeant Mali Peter, attached to SCID, Lafia, and Ibrahim Amegwa Usman, a personnel of the Nigeria Security and Civil Defence Corps (NSCDC) attached to the Arm Squad, Command Headquarters in Lafia.

Others are N160,000 offered as bribe to secure the release of the vehicle; two white Peugeot J5 buses, one of which was laden with vandalised rail tracks with registration number XU 790 ENU and QAP 654 XA respectively.

Nigerians To Pay More For Imported Vehicles From June 1