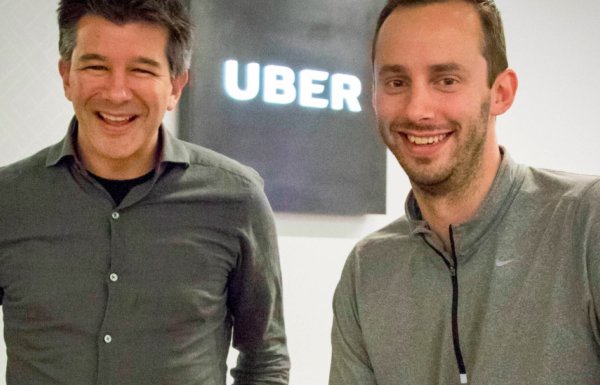 Uber has gotten to a point where it needs little or no explanation. This ride hailing app has been around for some years. But how much do you really know about this company ?
Let’s get enlightened .

2. Uber is not the first company to be named “Uber”. A design firm (Uber Inc.), was actually registered in 1999.When Uber launched, this caused a lot of problems for the design firm, as people kept calling them to complain about issues with their rides. A driver once erroneously sued Uber Inc. (the design firm). This hasn’t being the only erroneous law suit
The full name of the ride hailing company is Uber Technologies Inc.

3. The world record for the longest Uber ride ever, was 2256 miles(3361Km), the driver drove a YouTube celebrity, Mr Beast all the way from North Carolina to California. For reference, its like driving from Lagos to Egypt 😃.
The driver made $4100(approx 1.47 Million Naira) in profit and he was given a generous tip of extra $5,500(approx 1.98 Million Naira), that’s a total of approximately 3.45 Million Naira.
Just stop wishing, it can’t happen here in Naija 😂😂 …..

4. Uber is currently in 173 countries and 785 metropolitan areas.

5. The service first launched in Nigeria on the 23rd day of July 2014, Lagos to be precise. And Ice Prince, the Musician, was the first person to use the service.

7. Uber is estimated to have 110 million users worldwide.

9. If you had invested 10,000 Naira in the company when it was starting out, your investment would be currently worth nothing less than 20 million Naira .

10. More than 5 billion trips worldwide has taken place since it launched .

What other interesting facts do you know ?
Please share in the comments section.