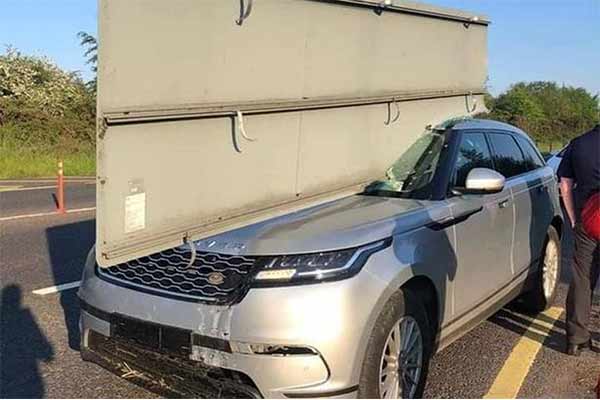 UK driver lucky to escape unhurt after crashing his Range Rover into a road sign, slicing through his sports utility vehicle (SUV). 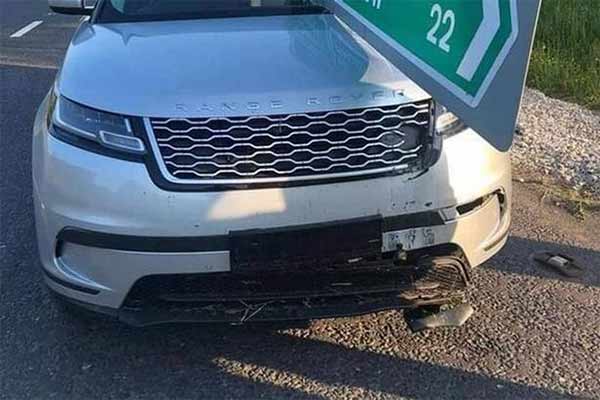 A driver in the UK miraculously escaped unhurt over the weekend after crashing his Range Rover into a road sign, causing the vehicles’ windscreen and part of the roof to be sliced in half.

According to reports, the freak accident happened on Sunday evening near the N20 when the Range Rover skidded off the road and hit the sign.

The road sign sliced through the front windshield but thankfully the glass didn’t shatter leaving the driver to walk away unharmed.

Local police and ambulance services were responders at the crash scene but according to reports, no one was treated for injuries sustained during the crash.

A spokesperson for the police said:

“Gardaí attended the scene of a single-vehicle collision at Waterloo, Blarney on May 30, 2021 at around 7.30pm.

“The car is believed to have collided with a sign post at the side of the road. No injuries were reported to Gardaí at the time of the collision.”

Pictures taken at the scene of the crash shows the silver Range Rover with the large road sign cut into the roof and windscreen of the vehicle.

It is not clear whether there were passengers in the car at the time of the crash or whether it was just the driver travelling.

Careers In The Automotive Industry To Explore