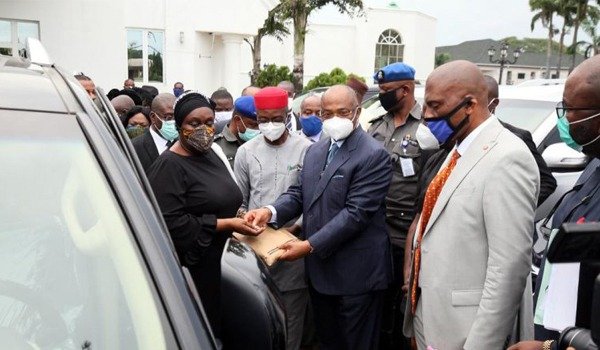 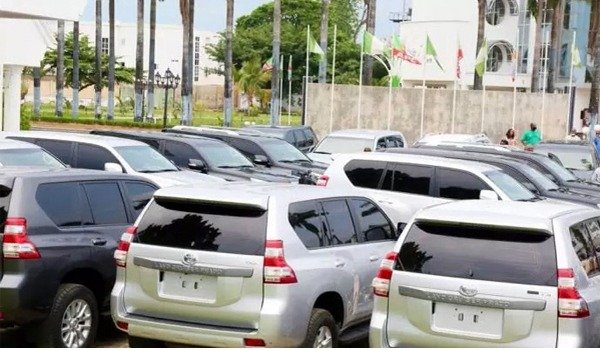 Hope Uzodimma, the Governor of Imo State, has given out 20 Sport Utility Vehicles to Judges in Imo State.

According to the governor, this project is in continuation of his administration’s promise to create a conducive atmosphere for the state’s workforce.

The vehicles were received by the acting Chief Judge of the state, Hon. Justice Ijeoma Agugua during a courtesy visit by judges to the governor.

The governor, who stressed the need for the judicial arm of government to join forces with the other arms, the executive and legislature, to move the state forward.

While expressing his zeal to work with the judges, Uzodimma said the gifts of 20 brand new Sports Utility Vehicles (SUVs) to the serving judges was a way of motivating them to work, promising to improve the welfare and working condition the judges.

The governor also offered to take care of the outstanding entitlements of the retired judges and ensure that other retiring ones get their entitlements less than two months after retirement, a record which has not happened in the history of Imo State.

Governor Hope Uzodimma restated his administration’s commitment to introducing modern techniques to quicken justice dispensation and urged the judges to key into the administration and do their work without fear or favour.

The Acting Chief Judge of Imo State, Justice Ijeoma Agugua said they came to parley with the governor on how best to ensure harmonious working relationship between the two arms of government.