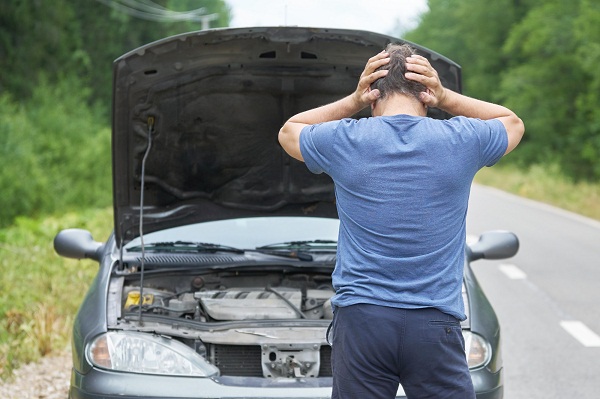 No auto expert who means well for you will tell you to run some alterations in your car system. Some of these roadside mechanics who are just interested in eating your money, ruining your car and trapping you so you keep coming back to them would always make some scary and unprofessional suggestions to you. Out of inexperience or in a bid not to spend much money doing the right thing, you might innocently subscribe to these their ideas. On the long run, you might end up regretting taking such steps. By then, you don buy market and will be too late to make a u-turn. You’ll then be left with pure headache and a run for your money.

I am quite sure you wouldn’t want all of those. So you have to be strong-willed not to bite their baits and do the right thing as much as you can.

The truth about some of these half baked vehicle system alterations is that they will do you more harm than good. You’ll end up spending much money than you wanted to save and lastly, it will steal your peace of mind from you.

Run away from any mechanic luring you to do some conversion for your gearbox in the guise of trying to help you save cost. In case the gearbox gets damaged, it is best you close your eyes, raise the money and replace it with the gearbox made for your car. Don’t fall for their orchestrated lies of using another gearbox for another car all because it is cheaper.

A perfect example is a 2009 model Toyota Camry SE (4-cylinder) that uses U250E transmission (popularly known as 13-pin gearbox in Nigeria). Instead of replacing the damaged gearbox with a good one, some evil mechanics will suggest you use the 10-pin gearbox which is relatively cheaper. They will tell you after installation they will take the car to a rewire to do some connections so it will work excellently.

Well, run and don’t listen to them. The failure rate of embarking on such technical journey is high. It does not always turn out well in most cases, and it will definitely take you back to square one.

This is yet another alteration most Nigerians fall for. But first of all, what is this thermostat of a thing and what is it used for? The thermostat sits between the engine and the radiator for every liquid-cooled car engine. Its work is to block the flow of coolant from the radiator until the engine has warmed up. When the engine is cold, no coolant flows through the engine. In other words, it ensures the engine is running at its optimal temperature.

Removing it entirely will prevent your engine from running at its optimal temperature as it was designed to. This catalyses wear and tear inside your engine which on the other hand will reduce the lifespan of your engine.

For more elaborate explanation, go through our post on Why You Should Never Remove The Thermostat In Your Car To Avoid Overheating.

Some people go to the extent of disabling their ABS when it goes faulty. What most mechanics do is to simply remove one wheel speed sensor and the ABS is disabled. If your car has a yaw rate sensor, unplugging it will also yield same result. In some cars, this could be a big problem because this can lead to lack of stability under heavy braking as the rear brakes lock up early.

Are you among those set of people who derive inexplicable joy in upgrading 2002 Toyota Landcruiser to 2020 model? Please it is high time you stopped. There are some upgrades that you’ll end up doing more harm than good to the car. All those kind of upgrade that affect the structural integrity of your car should be a no no.

This type of connection make your radiator cooling fan to start working non-stop from the moment you put ON your car. Most of these cars are not designed to work that way. They make use of thermostat which makes the radiator cooling fan come on only when a particular temperature is reached. Just as the engine thermostat, it is programmed to make your engine work at its optimal temperature.

When one roadside kazim end up running a direct connection for you, the cooling system gets altered and it has its implication.

In a nutshell, desist from altering these systems in your car so that your car will function optimally.

You’ve Been Using Your Door Edge Guards For The Wrong Reason. Here Is What It Is Used For