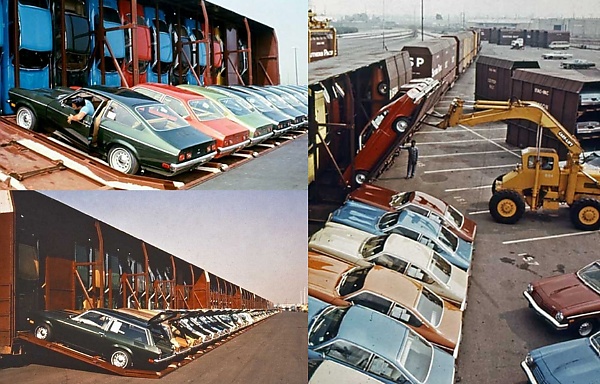 The Vert-a-Pac was jointly developed by General Motors and Southern Pacific to ship more Chevrolet Vegas per rail car.

There aim was also reduce transportation charge per vehicle by about forty percent (40%).

While a normal autorack could hold 15 cars, GM’s Vert-a-Pac allows a total of 30 Vegas per loaded rail car. 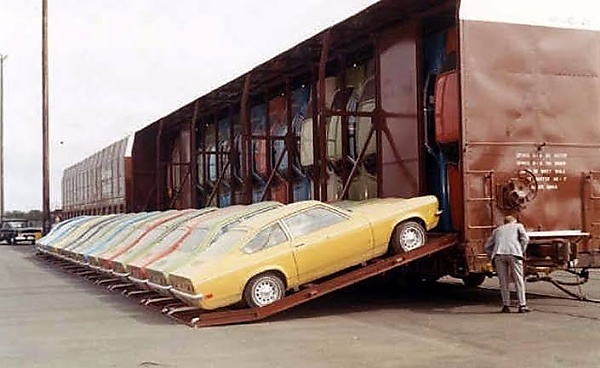 Vert-A-Pac, jointly developed by General Motors and Southern Pacific to ship more Chevrolet Vegas per rail car and reduce transportation charge per vehicle by about 40% is probably the most incredible of rail cars designs.

While a normal autorack could hold five cars per deck, totalling 15 cars or about 18 Vegas, GM’s Vert-a-Pac allows 15 Vegas to pack into each side, making a total of 30 Vegas per loaded rail car. 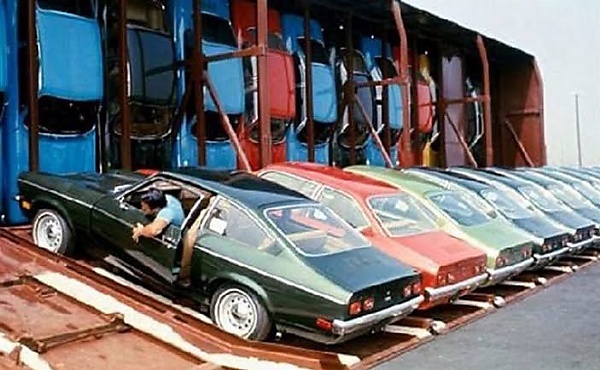 Each Vega was fitted with four removable, cast-steel sockets – inserted into the undercarriage – while the rail car doors were opened and closed by means of a forklift truck.

Since cars are not meant to be shipped vertically, and Chevrolet’s goal was to deliver Vegas topped with fluids and ready to drive to the dealership, GM had to make some engineering modifications to the Vega. 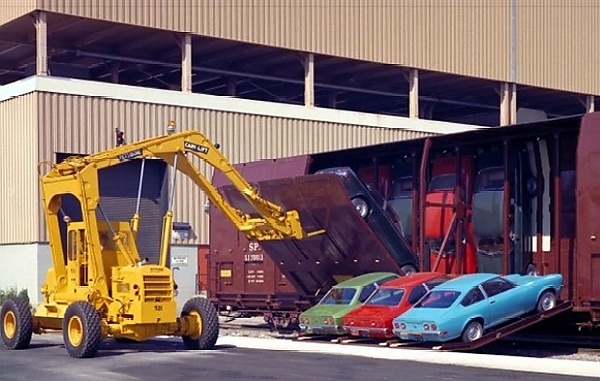 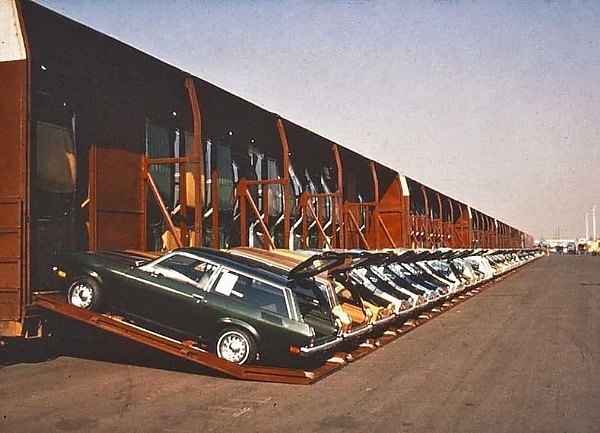 These includes baffles in the oil pan to keep the oil from draining into the first cylinder, and a carburettor float-bowl that drained into the vapour canister.

Also, the batteries had caps on the rear side and the windshield washer fluid canister was positioned at a 45-degree angle to prevent leakage. 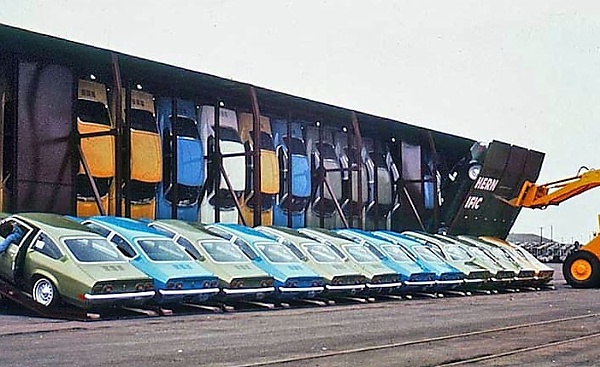 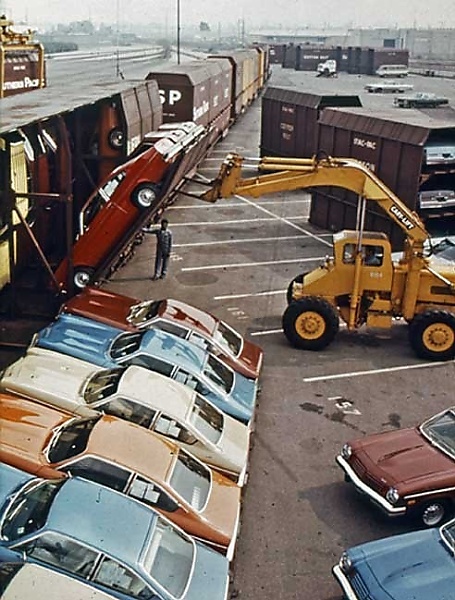 When the Vega Vert-a-Pac cars were unloaded, only the plastic spacers that protected the powertrain had to be removed. Their engines had to be cranked over until the carburettor was filled.

The first production Vert-A-Pacs entered service in April, 1970, the last ones in January, 1973. All Vert-A-Pacs were withdrawn from service at the end of the 1977 Vega model year and were reracked with conventional tri-level racks.