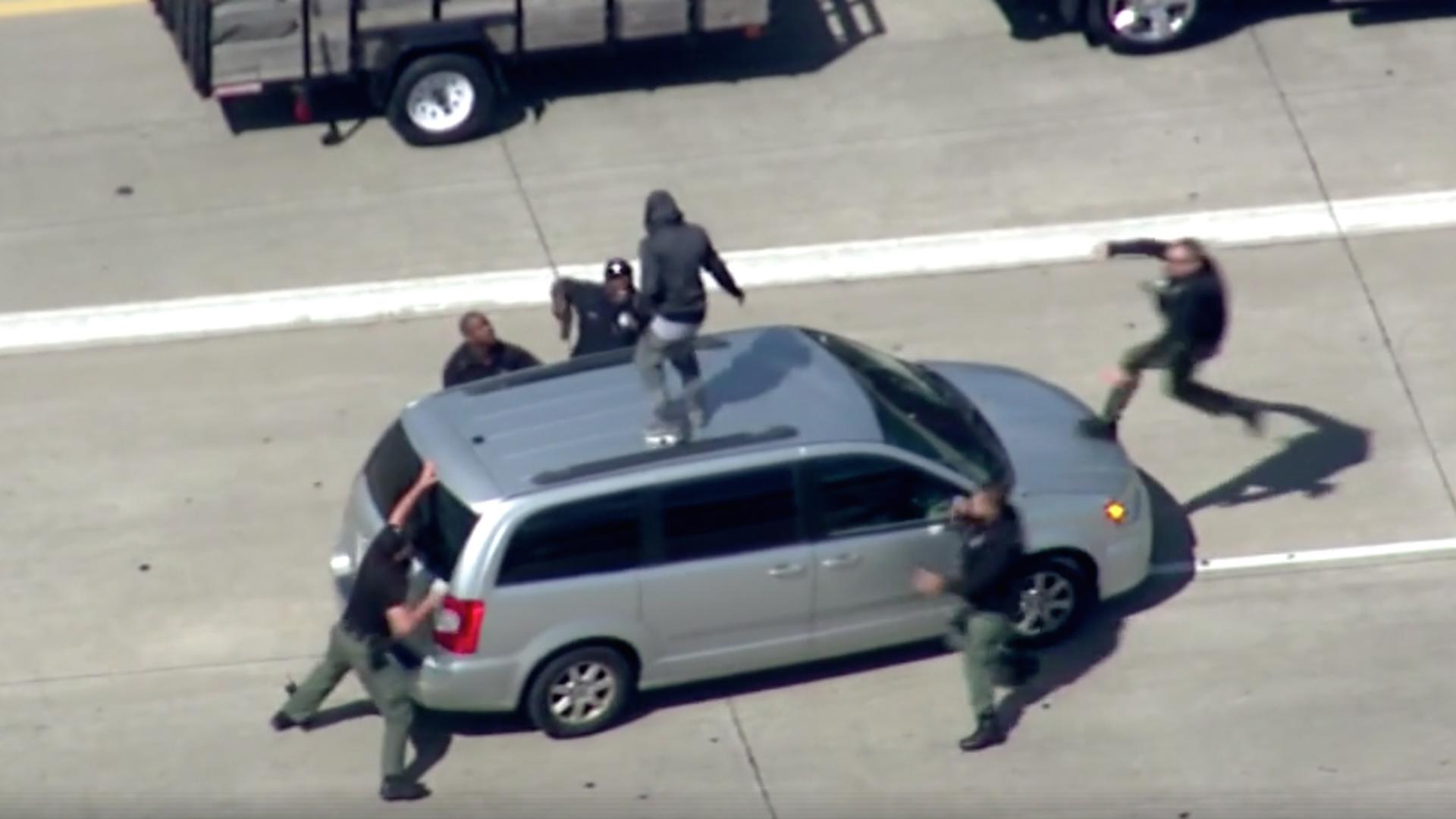 The driver of a Nissan Rogue was reportedly the suspect of a shooting that took place earlier in the day.The Video above shows some of the dramatic 45-minute chase as it moved from surface streets downtown, onto multiple highways before ending up on I-75. The vehicle suffered a flat left front tire before the driver eventually pulled over on the side of the road and began running on the freeway.

The suspect was eventually apprehended, but not before attempting to elude police one last time by hurling himself on top of a Chrysler minivan. One officer followed the suspect on the roof of the vehicle, and tackled him to the ground where surrounding officers made the arrest.The police said it was the second time in the day that police were involved in a chase with the suspect after he reportedly evaded arrest earlier that morning.

The suspect was taken into custody and is expected to face attempted murder charges, according to the Detroit Free Press.
The victim is at a local hospital in gravely critical condition.She was hit in the head after an exchange of gunfire with a small caliber gun.

Do you think Nigerian Police Force can perform better than this?